Ex-Nintendo of America President Reggie Fils-Aime confirms Kanye West had approached Nintendo for a mystery game project...but the company shot the idea down. 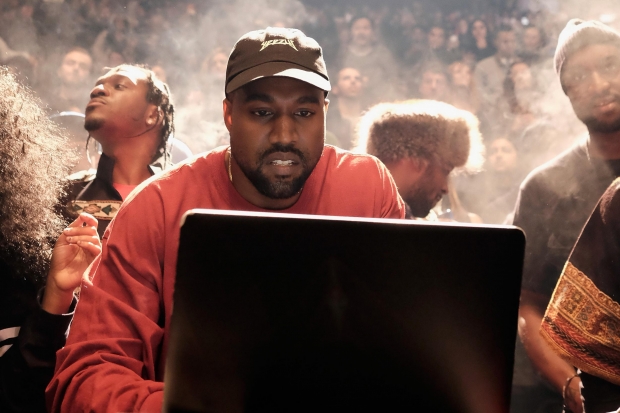 In episode 3 of Talking Games With Reggie and Harold, industry vet Geoff Keighley shared some interesting tidbits about rap star Kanye West and his involvement in the gaming world. Then Reggie Fils-Aime confirms Kanye wanted to make a game with Nintendo (you have to donate to hear that part, though).

Back at E3 2016, Geoff Keighley gave Kanye West a special tour of the show floor. Kanye tried out Hololens, he checked out Uncharted 4, and he also paid a special visit to the VIP section of the Nintendo booth. Behind the stage, Kanye met Shigeru Miyamoto and showed the legendary Zelda creator a prototype for the Only One video game he was working on. Keighley also said Kanye originally wanted to be a game designer before he got into music.

"This is one not many people in the general public have heard, and it's really something that was a private event and we kept under wraps," Fils-Aime said.

"Part of it was talking about what he was up to. He was experimenting with a piece of video game content. He wanted reactions to it. He comes out and says, 'I want to work with Nintendo.'"

"We had so many different projects at Nintendo going on and the possibility of doing something with Kanye just wasn't there. I had to find a way to politely decline this opportunity to work with him. I told him, 'Kanye, you don't want to work with us because we're tough, we're hard. All we do is push for the very best content. We would not be the type of partner you would want to work with.'

"And he looks at me and says, 'Reggie, you're exactly the type of partner I want because of that reason!' It's like, 'Oh my gosh.'"

Just imagine how different Nintendo's 2016 slate could've been if Kanye had been a part of it?