SpaceX has just launched a new Falcon 9 rocket carrying a classified payload known as 'NROL-108' for the US government agency that controls spy satellites, the National Reconnaissance Office (NRO). 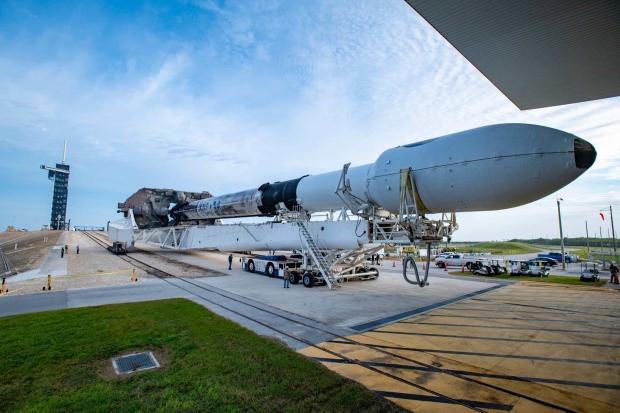 Spaceflight Now reports that the National Reconnaissance Office (NRO) normally sends payloads into space through the US Space Force's National Security Space Launch Program -- but this time did it on its own and commissioned SpaceX and used the Falcon 9 for its new mysterious payload.

The site explains: "In some cases, the NRO uses alternative methods to procure launch services after making a cumulative assessment of satellite risk tolerance, needed launch dates, available launch capabilities, and cost - all with a purpose of ensuring satellites are safely and securely delivered to orbit in a timely manner".

Space.com also notes that "Another interesting twist is that SpaceX did not conduct a static fire test of its rocket before flight. Typically, the company holds the rocket down on the pad and briefly fires its nine first-stage engines to make sure their systems are working as expected prior to liftoff. It's rare that SpaceX skips this routine test but is not unheard of".