First Epic Games took on Steam. Then it took on Apple. Now Epic is reigniting an old rivalry with Microsoft in an attempt to usurp the Microsoft Store. 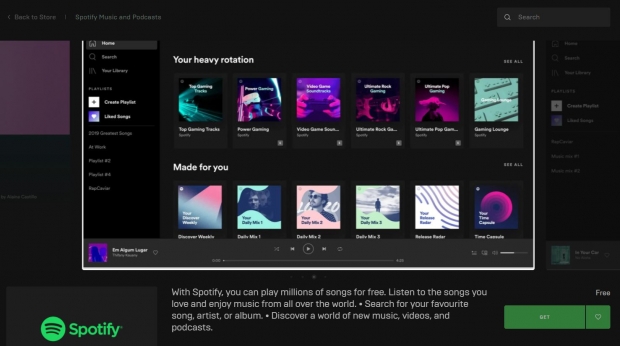 The Epic Games Store isn't just for games any more. Starting today, the Epic Games Store now has multimedia apps. Spotify is now available on EGS for some odd reason. The appearance might be strange, but the rationale isn't: Epic is making a clear move at pulling gamers away from the Microsoft Store by offering similar apps.

The idea is clear: Epic wants to be the one-stop shop for gaming and apps. Fortnite's massive 350 million userbase commands a lot of spending and exposure, and Spotify wants direct access to these gamers.

It's a win-win for both companies. Epic gets to kick off its app store ambitions with one of the most popular streaming services on the market, and Spotify gets even more direct exposure to EGS users.

This is just the beginning. Epic says that even more non-gaming applications are coming to the storefront.