UPDATE 2: Fortnite has also been banned from the Google Play Store on Android.

UPDATE:Fortnite has been delisted from the App Store following this move. Gamers who already have it downloaded can still play, and can still buy in-game V Bucks.

Epic Games is brazenly defying Apple and Google by offering direct payments for Fortnite V-Bucks on iOS and Android. 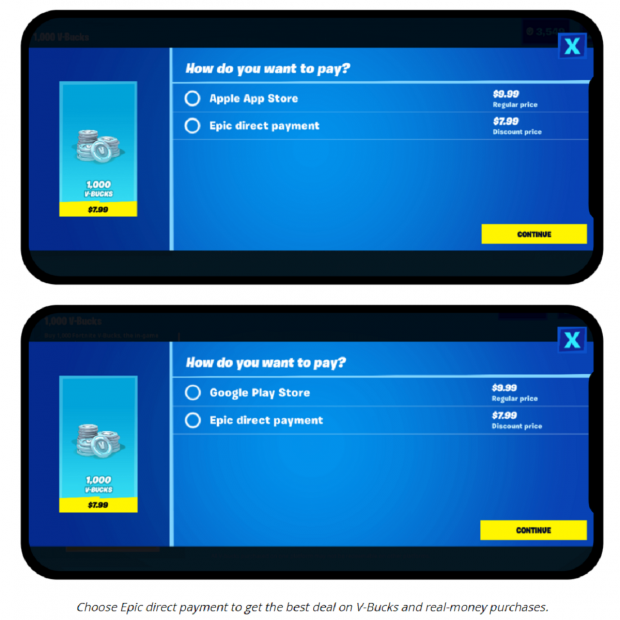 Epic Games, ever the vocal proponent of consumer rights, today launched its own direct payment system within Fortnite on Android and iOS. The new payment system discounts all V-Buck purchases by 20% in the US if gamers buy directly from Epic. The price reduction is even higher in regions like Europe, which enjoys a 35% discount.

This move eliminates revenue that'd originally go to Google and Apple. Normally, 30% of all games revenues go to Apple and Google, a policy that cripples some indie developers. Suffice it to say that Google and Apple won't be happy about this--not only is it a Terms & Conditions violation, but the companies are missing out on revenues--and Fortnite could be yanked from both Android and iOS soon.

"Today, we're also introducing a new way to pay on iOS and Android: Epic direct payment. When you choose to use Epic direct payments, you save up to 20% as Epic passes along payment processing savings to you," reads the announcement.

The 20% discount is retroactive too. Anyone who bought V-Bucks in the last 30 days will get a bonus to make up for the extra amount they paid. And everyone gets a free pickaxe to boot.

Players that purchased V-Bucks or purchased a real-money offer like Summer Legends in the last 30 days (July 14, 2020 - August 13, 2020) will be granted a V-Bucks bonus by August 17! The V-Bucks bonus will be 20% of the total purchase amount during that time frame.

To celebrate the Fortnite Mega Drop, we're gifting all active players the Shooting Starstaff Pickaxe for FREE. Enjoy and thank you for being a part of the community! 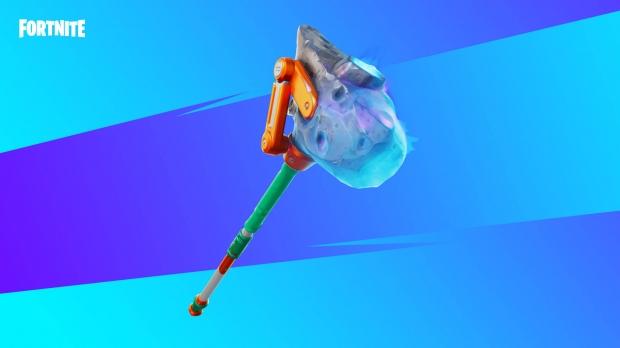 Epic boss Tim Sweeney has been vocally against this archaic revenue split and is trying to force change by putting pressure on Google and Apple, daring them to remove one of the most popular games on their respective platforms.

Apple has caught lots of flak lately for blocking big streaming services like Microsoft's Project xCloud, stating security issues the reason. Apple reasons that it can't properly rate and assess each individual game on Project xCloud due to the rotating selection of games included with Game Pass, so it's decided not to let the service on iOS at all.