Ubisoft once again lets you buy your way to the top in its new Assassin's Creed game. 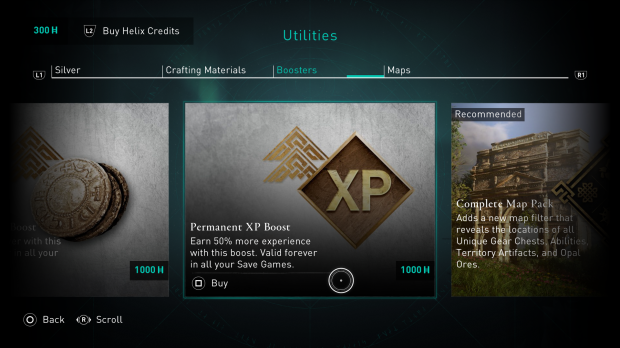 You spend one of two things when playing Assassin's Creed Valhalla: Time or money. You already spend money buying the game, but that's not good enough: Ubisoft wants to monetize its players even more. That's why Valhalla is a grindy and repetative game. It's great a first but can become tiresome, and it's not easy to level up.

That's why Ubisoft is selling convenience microtransactions to reduce time spent. You spend money so you spend less time, Or spend more time to not spend any extra money. Either way, you spend something. 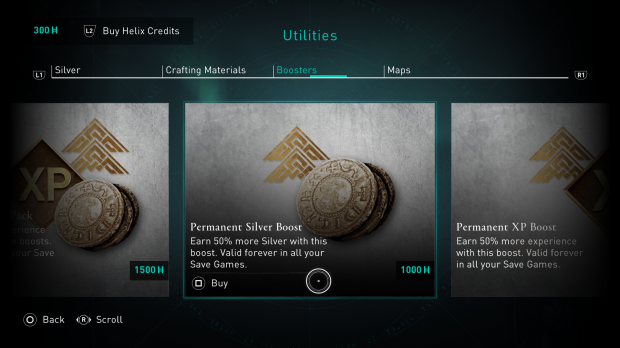 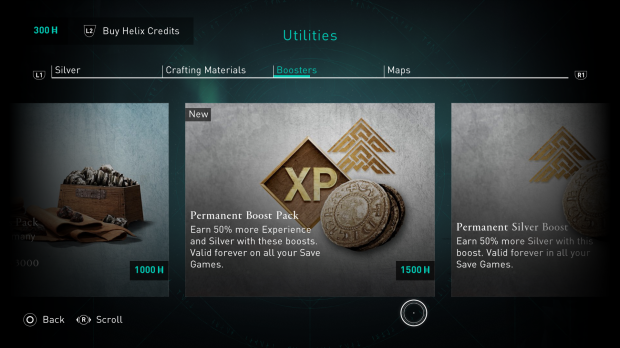 The Valhalla store now has a permanent 50% XP boost that's compatible with all your saves. Once you buy it, all the XP you earn is boosted by 50%. It's not a timed or temporary thing. It's account-bound so it carries across your platforms and saves.

The boost is 1000 Helix Credits (roughly $10) and should save you a decent chunk of time.

Leveling up in Valhalla isn't easy. Neither is getting gear, or fortifying your home village by collecting materials. The progression loop can be frustrating and propels you out into the world, soaking up your time.

But now you can just spend money to get extra XP. You're not buying level ups, per say, but the blueprint for level ups. You still have to go out and do things, but you have to do less things to level up.

I won't lie...spending an extra $10 to cut my level up times in half is an attractive proposition. That's the entire point though, right?