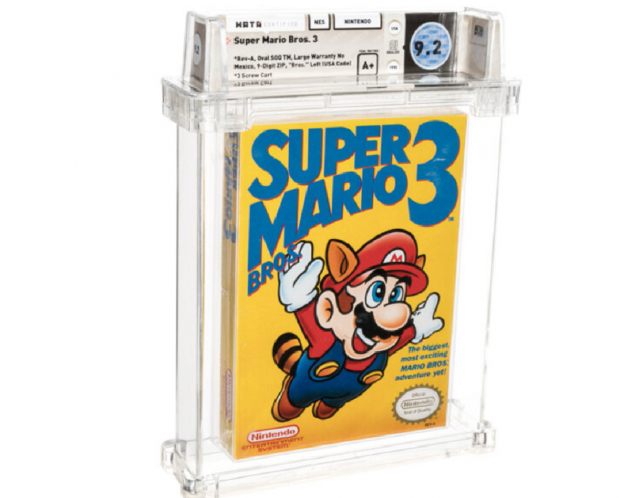 Heritage Auctions recently sold an ultra-rare copy of Super Mario Bros. 3 for an eye-popping $156,000, culminating in the first-ever million-dollar game auction when all bids were combined. What makes this particular copy so special is how "Bros." is positioned on the left. This variant is basically the video game equivalent of the legendary Boba Fett prototype action figure that sold for over $100,000. Normal retail copies of Mario 3 had the "Bros." part on the lower right-hand side on both the front and back of the box.

This isn't the only mega-expensive Mario game sold at auction. In 2019, a sealed mint copy of the original Super Mario Bros. sold for $100,150. Then in July, Heritage Auctions also sold a 9.4-graded copy of Super Mario Bros. with an ultra-rare hangtab for $114,000.

"We couldn't be more pleased about breaking the world record for the second time in the same year,"says Valarie McLeckie, Heritage Auctions' Director of Video Games. "That said, it's no surprise that another Mario game, which so many of us grew up with, would set the new bar."