Version 23 of the Oculus Quest platform software gives developers the ability to run games at 90Hz on Quest 2, but that might not be the cap for the hardware. John Carmack hinted that there could be a 120Hz mode in the future.

Oculus just started rolling out v23 of its platform software, which introduces a handful of new features, not least the highly-anticipated 90Hz mode for the Quest 2 headset. Once you have the latest version of the OS, you can run the Quest 2 in either 72Hz or 90Hz modes.

Initially, the faster refresh rate is only useful with Oculus Link as no Quest 2 games yet support the new refresh rate. However, developers are free to enable the speedier framerate in their games, and several developers are shipping updates soon.

Following the update announcement, John Carmack Tweeted a warning to developers about the new option. He told developers not to set their games to default to the highest refresh rate, because at the very least, Oculus is exploring the opportunity for 120Hz mode.

Carmack's statement leaves a big question on the table: Can Quest 2 support 120Hz. The original Quest headset could only support 72Hz, although Carmack later revealed that the hardware could do 90Hz, but it wasn't certified by the FCC for 90Hz. The FCC documents for the Quest 2 are not yet public, so we can't verify if it's legal to operate the Quest 2 screens at 120Hz. If Quest 2 can't support that mode, this could be a subtle hint of a refreshed model? 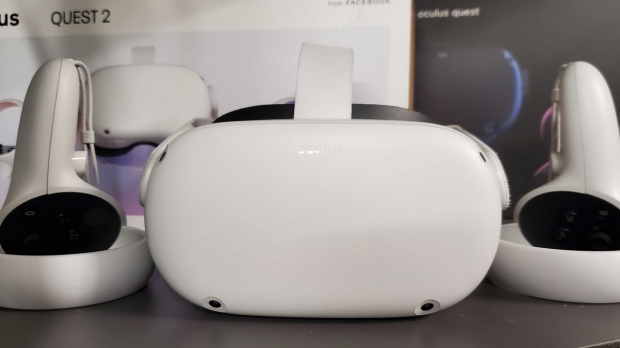