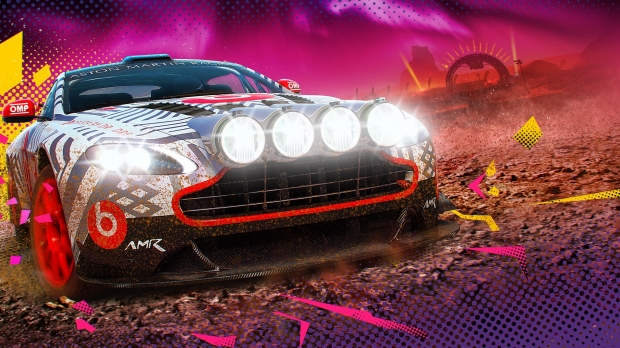 According to a new press release, Take-Two is prepared to offer 485 pence-per-share (roughly $973 million) to acquire the entirety of Codemaster's shares. The buyout cost will be split up between $240.8 million in cash and the remainder in Take-Two stock.

This would give Take-Two 100% stake in the company, and it's likely the GTA-maker would fold Codemasters strategically in its labels to position the publisher at the top of the racing genre. Codemasters recently bought Slightly Mad Studios, the developers behind Project Cars, for $30 million.

To date, Take-Two has mostly acquired smaller studios like Kerbal Space Program and the growing mobile developer Social Point. Take-Two CEO Strauss Zelnick has repeatedly said more acquisitions would follow where it makes sense, and snapping up the devs behind Dirt 5, Project Cars, and F1 will cement Take-Two in prime pole position.

"From our point of view, we have almost $2.4 billion in cash. We have no debt. And we are anxious to build our business and are aggressively doing so. We also will use our cash to acquire companies when they're strategically consonant and when those deals are accretive," Take-Two CEO Strauss Zelnick said in a recent Q2'21 earnings call.