Huawei recently revealed a compact VR headset that tethers to a smartphone for its compute power. We don't know much about the headset, but we're very curious about its unique design. 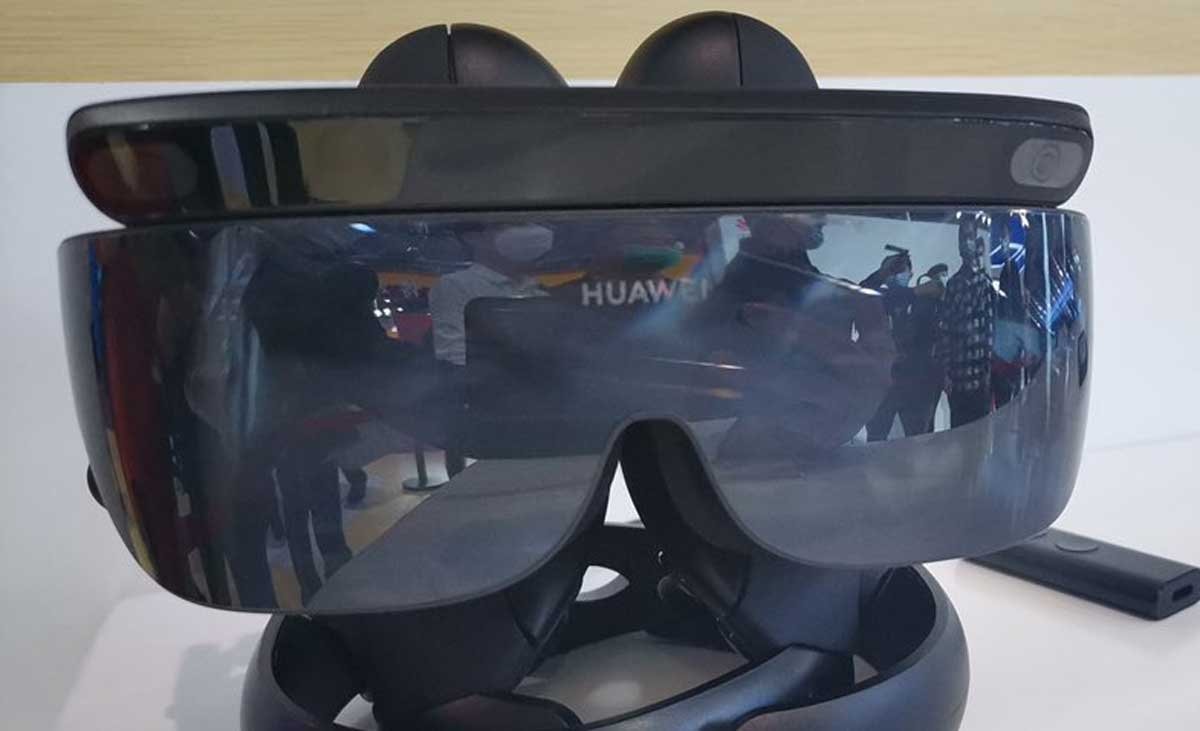 The new Huawei VR headset is a compact device that looks similar in size to a pair of ski goggles. The visor isn't very deep, and it looks like the screens would be close to your eyes in this configuration. The headset images make it look somewhat like an AR device, but from what we understand, this is an upcoming VR headset.

The new Huawei VR Glass supports 6-DoF tracking for both the headset and a pair of wand controllers that come with it. The controllers look a lot like Oculus Touch controllers, with a couple of face buttons and a menu button, along with a thumbstick on each controller. Huawei's controllers also double as a stand for the headset, which is a novel idea.

Huawei's new headset supposedly supports SteamVR titles, though we don't have any details about that function. We don't yet have any information on the hardware specifications, either. Nor do we know how much it will cost or when it will be available. Either way, we're excited to see innovation in the VR headset space.