Facebook's Quest 2 gives you multiple ways to interact with digital content, including motion controllers and hand tracking. It's also working with Logitech to bring keyboards into the virtual office. But what if you didn't need a keyboard to type in VR? Facebook's latest experiment does just that. 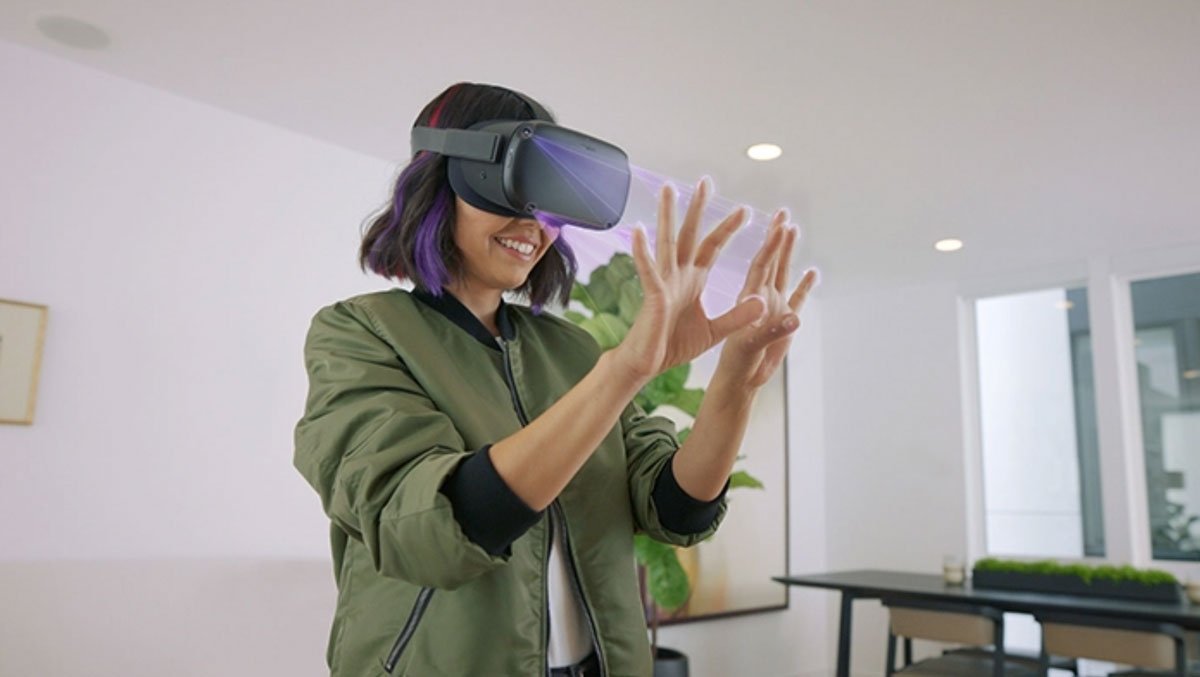 Facebook Reality Labs researchers have been developing new text input methods that work better in VR. Pointing your controller at a virtual keyboard gets the job done, but it's hardly intuitive and definitely a step backwards for productivity. In September, Facebook revealed that it's working with Logitech to build trackable keyboards for Quest 2, but you may not have to buy hardware to get a good typing experience in VR.

Facebook's researchers recently demonstrated a virtual keyboard solution that allows you to type on any flat surface. Facebook developed a motion model derived from speech recognition technology to analyze hand motion to predict your keystrokes. Facebook said that typists who tried the experiment averaged 73 words per minute, which was consistent when their typical keyboard typing speed.

Facebook's virtual keyboard technology isn't yet ready for primetime. In fact, the experiment wasn't even performed with Facebook's hand tracking technology. The research team relied on an external tracing system with around a dozen markers on each hand to prove the concept.

It's unclear when or if we'll see the virtual keyboard technology on Quest 2 or if it will be part of a future Oculus headset. For now, Facebook is taking the insights that in gleaned from the test, such as the fact that hand tracking works better for virtual keyboards than touchscreen surfaces to steer the direction of its future research.