3dRudder today announced that it has begun shipping the latest iteration of the 3dRudder locomotion controller. The new 3dRudder Pro Wireless is the first version of the controller compatible with standalone VR devices.

3dRudder makes a VR accessory meant to solve one of the more significant problems with VR simulations: long-distance movement. The 3dRudder controller is a foot-based input device that allows you to move around a 3D environment without moving physically and without the use of unnatural mechanics, such as teleporting.

3dRudder says the device is simple to use and easier to learn than some virtual movement mechanics. The controller tracks four axes of movement, which allow you to move forward, back, left, and right by tilting the controller with your feet. It also supports rotation in both directions by twisting your ankles. And finally, it supports vertical elevation by moving your feet in opposing directions. 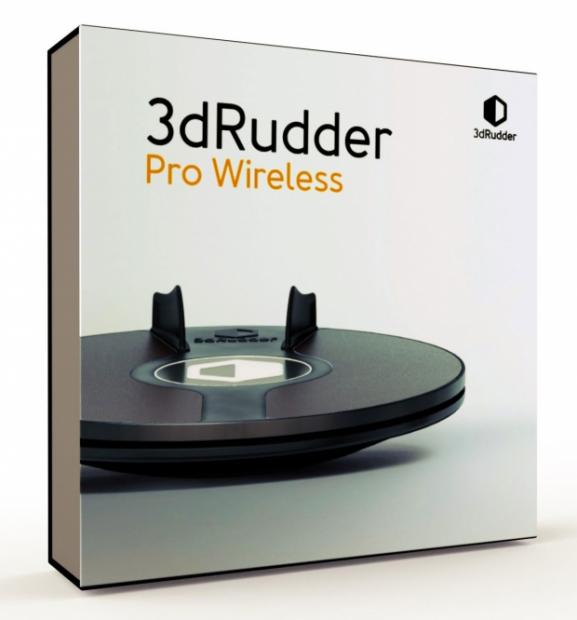 The standard version of the 3dRudder connects to a computer via a USB cable. To make the controller compatible with standalone headsets, the company added a Bluetooth radio to the Pro Wireless version. The new controller isn't entirely wireless, though. 3dRudder wanted to make sure you could take the 3dRudder onto a plane, so the device does not include an internal battery. The controller gets its power through a USB cable that can be plugged into a wall charger, a computer, or a battery pack.

3dRudder Pro supports the Oculus Quest and Quest 2, and the Pico Neo and Neo 2 standalone VR headsets. The device should also work with any other android-based standalone VR headset. 3dRudder said she SDK supports C++ and includes a Unity asset and an Unreal plugin, so developers should be able to add support for the controller to any VR experience in a matter of hours.