Cybershoes today announced that it would soon offer a wireless version of its VR locomotion peripheral compatible with Quest and Quest 2. The company plans to launch a Kickstarter later this year to fund the first production run. 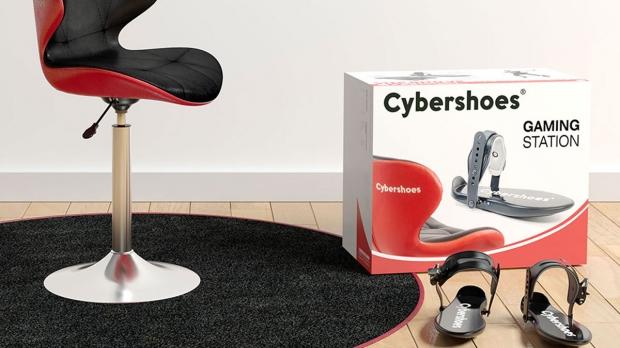 Cybershoes is a VR locomotion peripheral that allows you to walk in VR. The system includes a stool to sit on, a carpet for traction, and a pair of mechanical slippers that fit over your shoes. Each Cybershoe features a roller that tracks how fast you move your feet.

"Movement and locomotion has been a consistent issue in VR gaming. The main movement mechanics available today - smooth Movement via joystick or teleportation - can be jarring and lead to motion sickness," said Michael Bieglmayer, CEO of Cybershoes. "By translating natural movement to in-game motion, Cybershoes addresses motion sickness while increasing immersion, activity, and enjoyment." 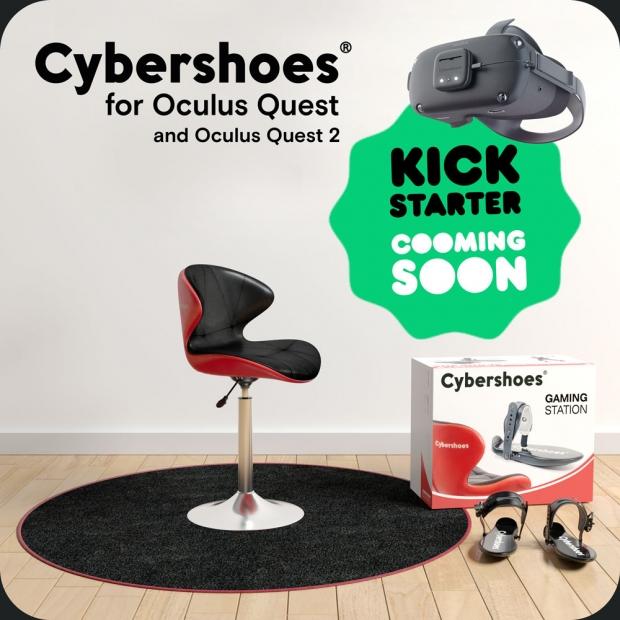 The new version of Cybershoes features a wireless receiver that connects to your Quest headset via a USB cable. The receiver communicates with the Cybershoes via Bluetooth.

The wireless version of Cybershoes isn't yet available, but the company is accepting signups to be first in line when it's ready to take orders. It plans to launch a Kickstarter campaign later this year to help fund the project.

In the meantime, developers can get a head start on adding support for Cybershoes into their game. The software development kit is available now by request. You can contact Cybershoes at mail@cybershoes.io if you're interested in working with Cybershoes.

Vertigo Games already has a head start in supporting Cybershoes wireless. The developer has already integrated Cybershoes support in the Quest version of Arizona Sunshine.

"It is one of our core values to allow players to fully customize their preferred way to play," said Richard Stitselaar, Managing Director at Vertigo Games. "We have a few people in our office who are sensitive to motion sickness so we take comfort very seriously. Arizona Sunshine already supports a wide range of comfort options and Cybershoes provides an intuitive way to bring the player's physical motion into the game, allowing our players to experience VR however they like."