Sony is teaming up with Burger King to help drive up burger sales and build massive hype for the PS5. A new leaked promo offers the chance for a free PS5 with every 2 for $5 deal at Burger King. The catch is you have to use the BK App to buy the food, which means digital payments with a debit or credit card. The giveaway appears to be for a digital-only PS5.

This promo isn't really a surprise though. Earlier this morning the fast food chain teased giveaway with a Tweet that might've confirmed the console's OS bootup sound. A weird way to reveal something like this, but then again nothing about 2020 has been ordinary.

The console wars have long embraced giveaways like this. Microsoft has teamed up with Taco Bell to give away Xbox consoles for years, and now Sony is doing the same with Burger King. 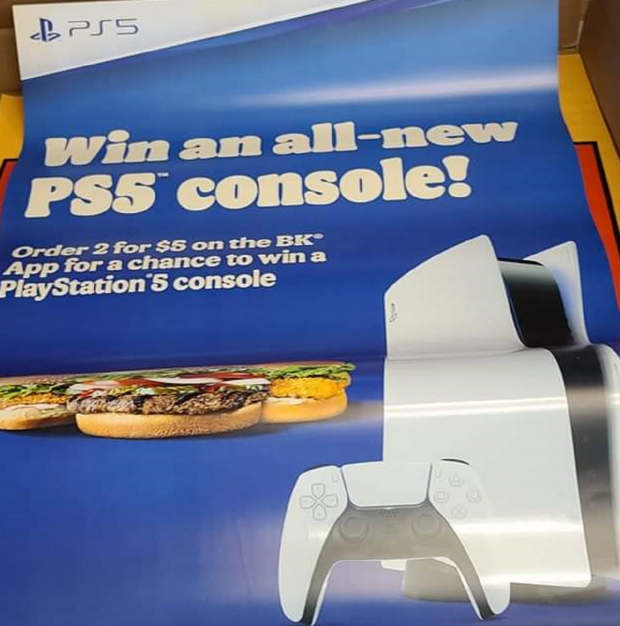