Next week, Apex Legends is getting one of the most important and transformative features: Cross-play between all platforms.

Today Respawn confirmed cross-play is coming to Apex Legends on PS4, Xbox One, and PC (via the Origin client) on October 6. The new cross-play functionality will launch in beta as part of the new Aftermarket Collection Event, which includes new cosmetics, freebies, and the new limited time Flashpoint mode.

Respawn has separated console players from PC players by default to help combat the massive advantages of mouse-and-keyboard vs controller play, but console gamers can change the setting at any time to play against PC users. Gamers can also turn off cross-play entirely, but Respawn warns this could lead to long queue times. All players will be marked with special icons that denote their platform. 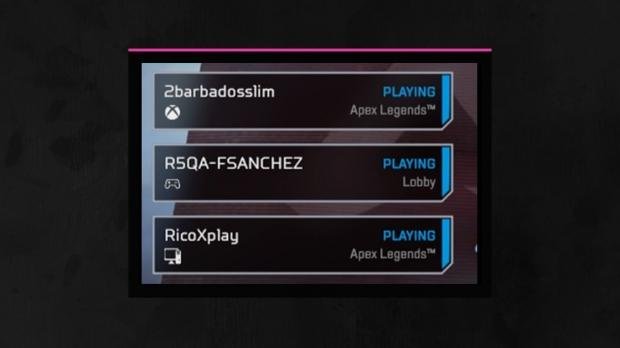 Cross-play is set to re-invigorate Apex's playerbase with a much more engaging ecosystem of players that not only leads to more investment and sustained play, but a higher probability of microtransaction spending. Cross-play is the single most transformative gameplay element in the industry today and represents a massive boon for live games everywhere--especially free-to-play titles.

The devs also revealed the odds of unlocking the new Aftermarket Collection cosmetics: 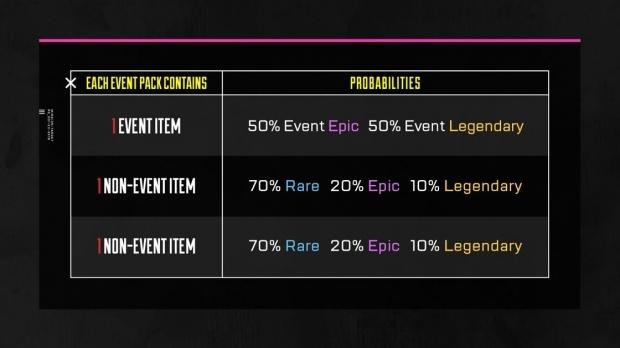 Roll over image to zoom in Apex Legends Bloodhound Edition