The Tekken franchise has now sold over 50 million copies worldwide since 1995, Bandai Namco's Katsuhiro Harada recently announced. This number shows Tekken is the king of fighters and beats Street Fighter's total 45 million sales. The Tekken series has had many less releases than Street Fighter, too, with about 14 mainline releases on consoles and PC since inception.

Harada also announced Tekken 7 has sold 6 million copies since its launch in 2017. The fighting game is still going strong and received its latest DLC pack, which includes Kunimitsu and another mystery character, as well as a massive free update that adds in new moves for every fighter. 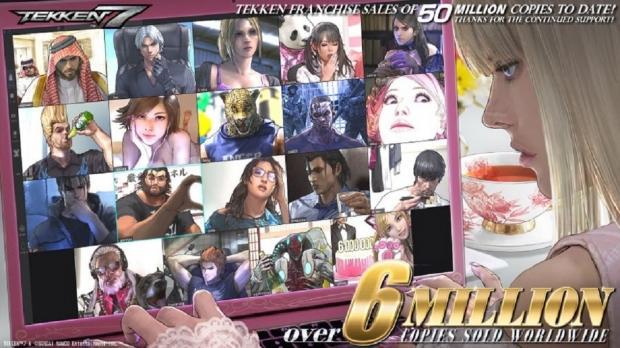