Facebook cannot seem to shut off its leaky faucet. A day after Facebook itself outed the details of Quest 2. someone shared some pictures of the box, which give us even more information about the unreleased VR headset and the games that will launch with it. 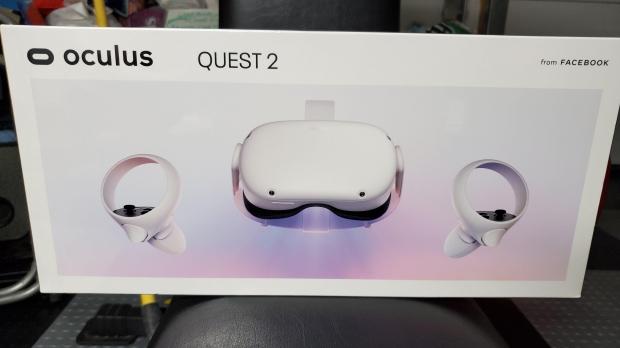 The first Facebook Connect event is scheduled for September 16, which is undoubtedly when the company planned to reveal the Oculus Quest 2 standalone headset. Yesterday, Facebook mistakenly published a series of tutorial videos for the new headset, which outed many details, the hardware specifications, form factor, and color. Today, we got pictures of what is presumably the retail box, which in turn outed what comes in the package. The packaging also shows images of two games that we have never seen before.

Earlier today, Reddit user u/charliefrench2oo8, who moderates the r/OculusQuest subreddit, shared images of what they claim is the box from a Quest 2 he found for sale on Craigslist. The headset was reportedly sold before they reached out to the seller, so they could not purchase it or get additional pictures. The two photographs that do exist give us some interesting information, though.

On the top side of the box, we see a list of contents: a VR headset, two Touch controllers, 2 AA batteries, a power adaptor, a glasses spacer, and a charging cable. The list seems real, but it's also the same list of contents found in the original Quest box. 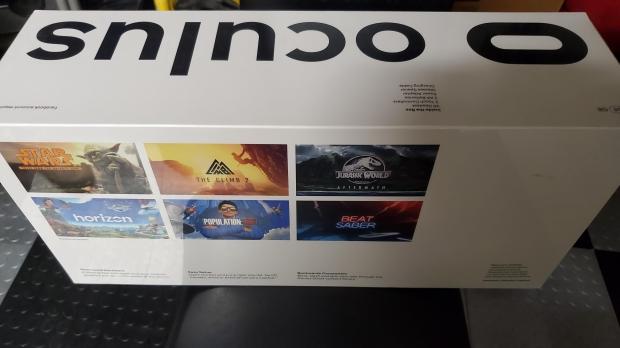 The box's backside is a bit more interesting as it shows a series of games that would presumably launch alongside the upcoming headset. The box shows images of Star Wars: Tales from the Galaxy's Edge, The Climb 2, Jurassic World Aftermath, Horizon, Population: One, and Beat Saber.

The presence of those games gives the leaked images a lot more credibility. It would be much easier to make a fake box with art from games we know exist. Horizon, Beat Saber, Population: One, and Star Wars are known titles, but we've never heard of The Climb 2. We know about Jurassic World Aftermath because Universal trademarked the name in April, and the registration mentioned virtual reality game software. That it's a Quest game is news to everyone.

These images may be the product of an elaborate hoax, but it would take a tremendous amount of effort and planning to do that. It seems more likely that the images are real, which means the games would be genuine. We should have the answers tomorrow.