Fortnite users on iOS have dropped over 60% since the game was de-listed on August 13, and now Epic requests courts to force the battle royale back onto Apple's storefront. 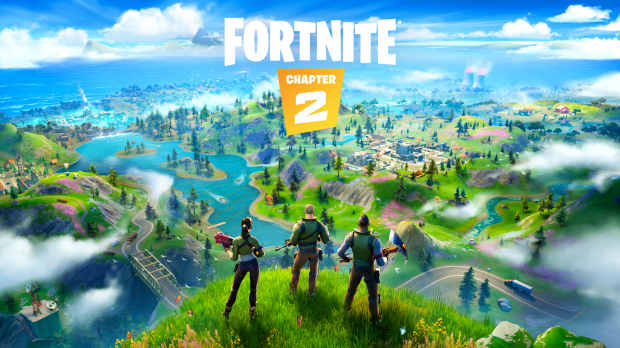 Epic is paying big for its anti-trust court case against Apple. In a new preliminary injunction filing, Epic Games notes that Fortnite daily active users on iOS devices is down 60% since the game was pulled off the storefront. This loss in players represents untold millions of potential lost revenues on the most lucrative platform; Epic has admitted iOS users spend 'significantly more' on microtransactions than Android users. iOS was the major contributor to Fortnite's recent $1 billion monetization record on mobile.

Epic argues that Apple's decision to keep Fortnite off the platform will cause it permanent harm. Epic is right, and this is already happening. Gamers are simply moving on from the battle royale.

Fortnite's in-game daily active users--a metric tied to a F2P game's overall performance--on iOS are down 60% after the cut. Those that are still playing are spending less time playing, which is usually a death sentence for any live game.

Epic notes that iOS has 116 million registered users, and 63% of all active iOS players only play Fortnite on iOS devices. They don't play the battle royale on consoles, PCs, or competing Android platforms. So some of these users are simply not playing Fortnite altogether and haven't moved onto other platforms as an alternative.

In short, the stakes are serious here. Epic is losing out on millions in monetization and strong long-term engagement as Fortnite fades from the public eye on one of its biggest platforms.

"Apple's actions will wreak havoc on the existing Fortnite community. Daily active Fortnite users on iOS have already declined by more than 60% since Apple began its retaliatory campaign through September 2, 2020," Epic said in the injunction.

"Those that continue to play or socialize on Fortnite are doing so for significantly fewer hours per week. Friends and family are disappearing. People prefer Fortnite over other games in part because Fortnite facilitates a community. When millions of players are forced to drop from the community overnight, Fortnite itself becomes less attractive, not only to the players who now cannot join but also to every other player.

"Some iOS users can afford to gain access to Fortnite through other means, such as gaming consoles or Windows PCs. But for many users, an iPhone is the only way to access the Fortnite universe; simply put, neither consoles nor PCs (let alone PCs strong enough for gaming) are anywhere near as ubiquitous as iPhones. 63% of Fortnite users on iOS access Fortnite only on iOS.

"The harm to these users is meaningful. In the time since Apple removed Fortnite, Epic has received countless customer complaints expressing customers' discontent.

"Over 116 million registered users have accessed Fortnite through iOS-more than any other platform. They have spent more than 2.86 billion hours in the app. By eliminating many of these players from Fortnite, and blocking Fortnite's ability to access over a billion iOS users, Apple is irreparably harming Epic's chances."

As a result, Epic has filed a preliminary injunction against Apple. This only happens when the plaintiff is very confident they'll win the case.

Essentially Epic is asking the courts to rule in favor of Epic and do two big things: A) force Apple to list Fortnite back onto the market and B) force Apple to accept Epic's own third-party payment processing system. Judges already ruled Apple can't remove Unreal Engine dev accounts.

Despite the injunction and Epic's desire to get Fortnite back on the App Store, the company notes that it prepared to "weather the storm" from these losses. This court case was months in the making and Epic Games planned to lose millions from the get-go. Lots of companies have invested in Epic, include Tencent, who owns a 40% stake, and even Sony, who put in $250 million to fund next-gen developments. Epic is now worth an estimated $17.3 billion and also continually collects royalties from Unreal Engine games.

But that doesn't mean it wants to miss out on Apple revenues forever.