It appears the Oculus Quest may be discontinued as we lead up to the rumoured reveal of a new replacement model at Facebook Connect this month. The Quest is sold out at most major retailers, and some of them have begun delisting the product. It's even sold out on Oculus.com. 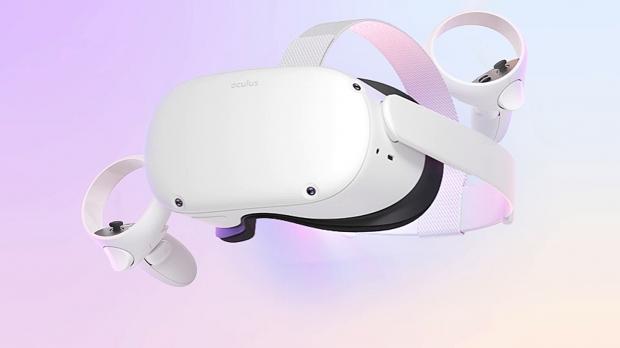 In a search at some of the largest Oculus resellers, we could not find a 64GB or 128GB Quest headset in stock. Best Buy lists it as "Out of Stock." The Quest is no longer sold directly through Walmart, but you can find inflated prices from third party scalpers on Walmart.com. Oculus's Amazon page no longer lists a buy button for the Quest. And B&H Photo has the Quest marked as "back-ordered." UploadVR also confirmed with a UK retailer that the Quest is marked as End of Life and won't be restocked.

The rumours of a new Quest headset have been swirling for months now. The first hint of an incoming Oculus headset was first discovered in March when the Oculus Developer website mentioned a mysterious device codenamed Del Mar. Still, that tidbit of information was just the beginning.

What followed was a series of leaks and information drops that make a pretty strong case that a new Quest headset is just around the corner. In April, UploadVR learned of a supposed new controller called Jedi. In May, Bloomberg published a report that suggested a new Oculus headset is in the works that are lighter and smaller and an easier-to-manufacture plastic housing. In July, Nikkei Asian Review published a report stating Facebook had ramped up production on a new device and was on track to produce 2 million units. That month we got our first view of the supposed new headset from a set of leaked images courtesy of @WalkingCat on Twitter (the account has since been suspended).

At the time of WalkingCat's leak, it was unclear if the new headset would be an additional cheaper model or a full replacement for the original Quest. The fact that Quest is getting harder and harder to find indicates that the incoming device could be a replacement model, not a supplementary product for the Oculus headset lineup. That would make Walmart's leaked pricing even more impressive.

We expect to learn the full details about the next Quest headset at Facebook Connect on September 16. We wouldn't be surprised if more leaks slip through the cracks first, though.