ASUS has just made its next-gen GeForce RTX 30 series graphics cards official, a full two hours ahead of the Ultimate Countdown of NVIDIA's next-gen cards. 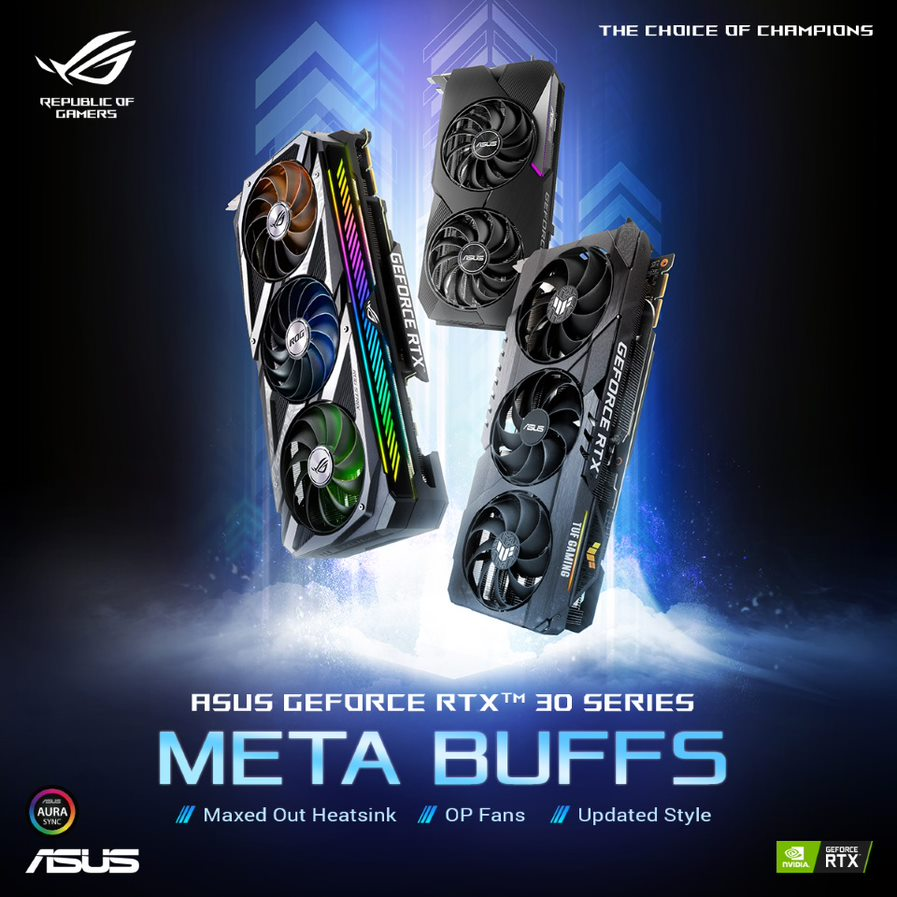 The company is introducing new versions of its ROG Strix, TUF Gaming, and Dual brands of graphics cards powered by NVIDIA's new Ampere GPU architecture. We have some seriously impressive stuff going on under the hood, so let's take a quick look at what we have here.

The company continues: "Powered by the NVIDIA Ampere architecture, which delivers increases of up to 1.9X performance-per-watt over the previous generation, the RTX 30 Series effortlessly powers graphics experiences at all resolutions, even up to 8K at the top end. The GeForce RTX 3090, 3080 and 3070 represent the greatest GPU generational leap in the history of NVIDIA". 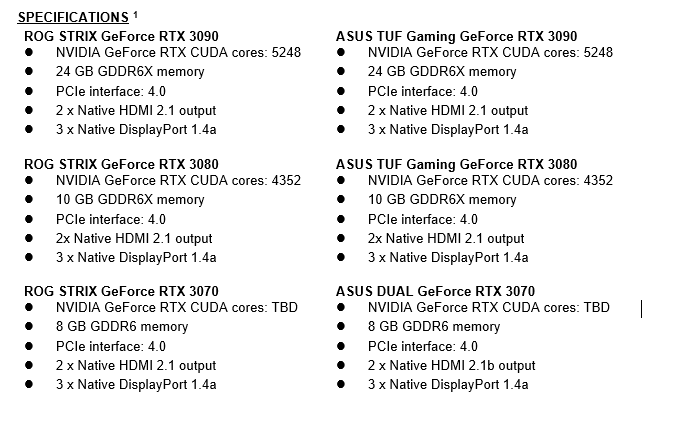 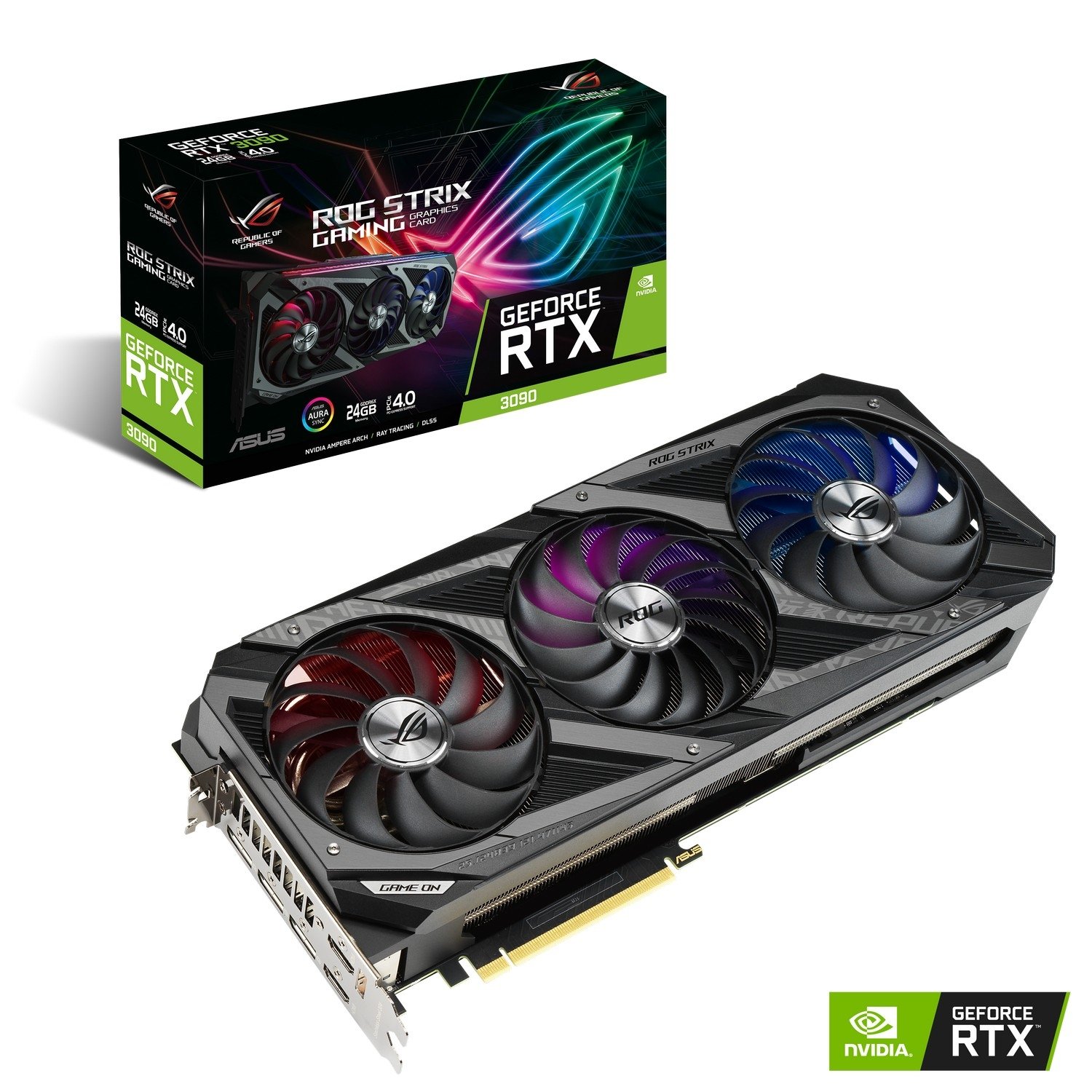 Looking nice and sharp there in its retail packaging and triple-fan style, but let's take a closer look at the new flagship ASUS GeForce RTX 3090 ROG Strix graphics card. 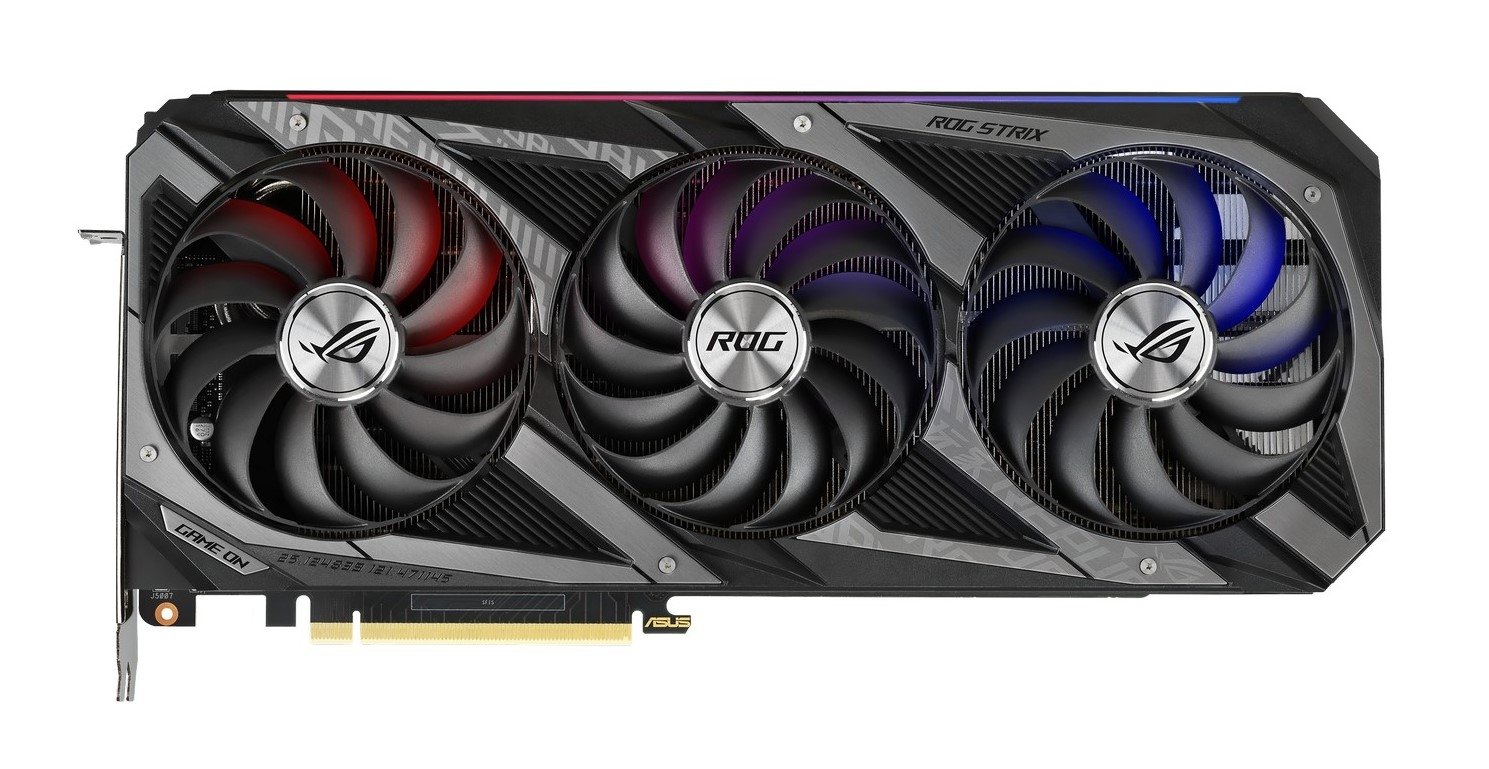 ASUS has gone with a chunky triple-fan cooler, something that should tame that GA102 GPU and 24GB of GDDR6X memory. You will see that you can't see 'RTX 3090' anywhere on the card, at all -- it seems NVIDIA might be forcing AIBs to not display that? 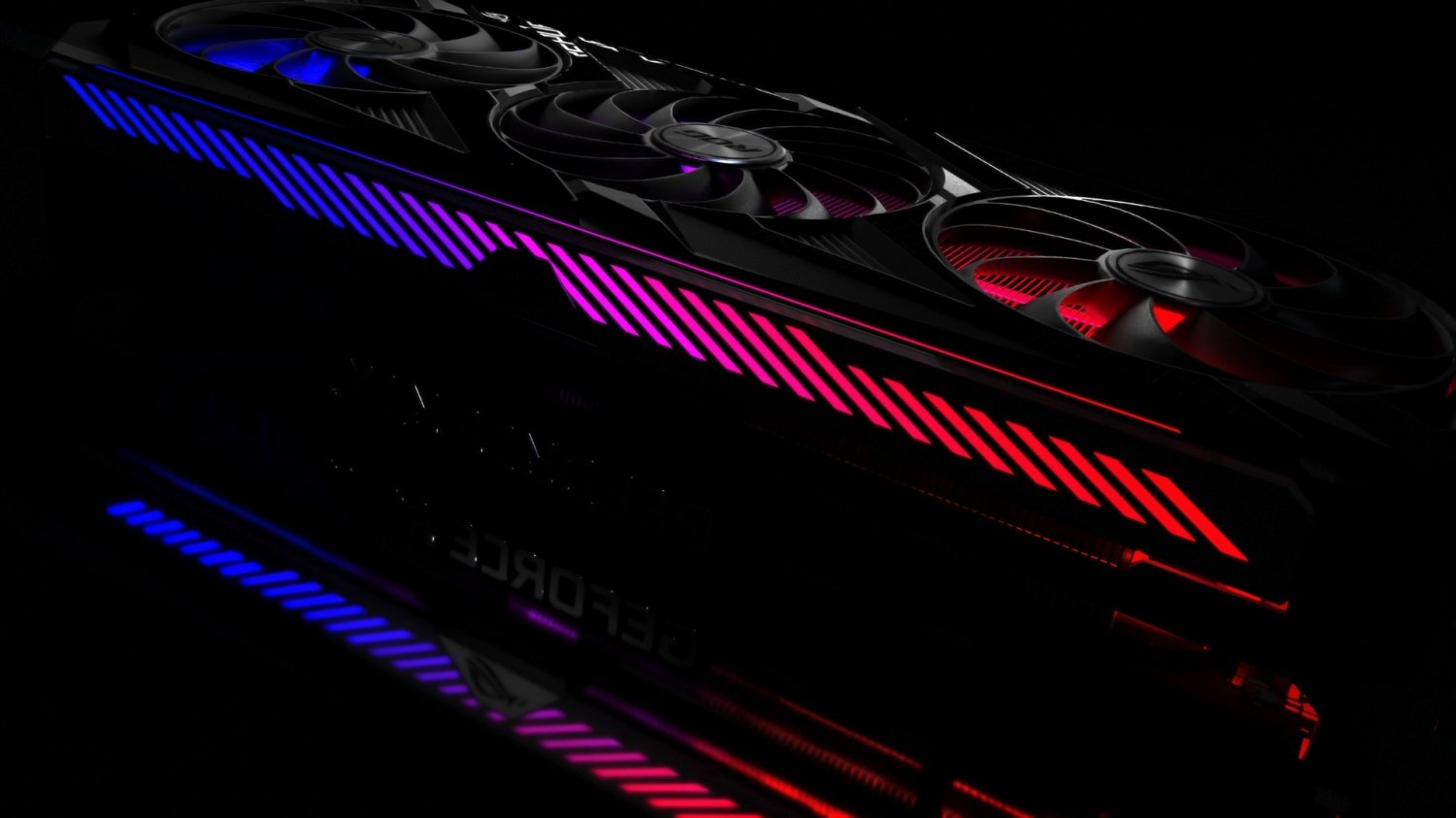 That RGB lighting is doing things to my body. 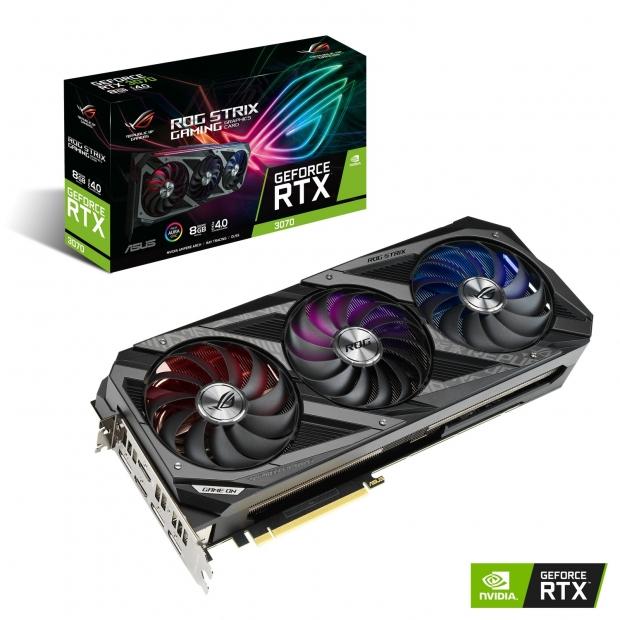 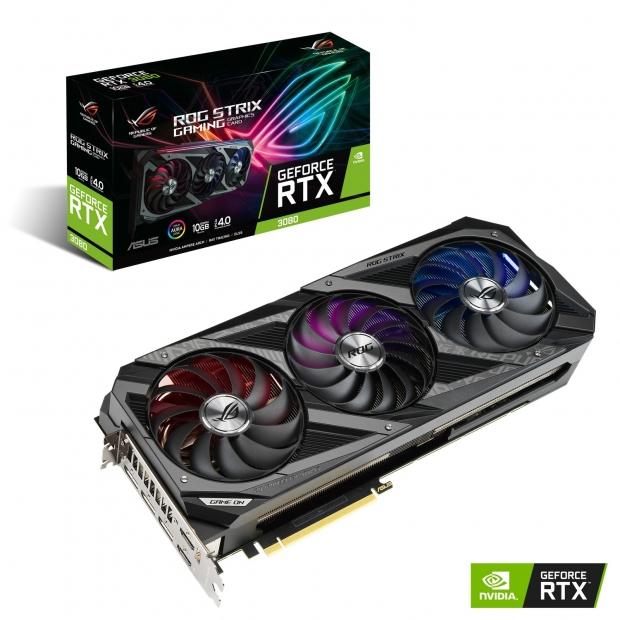 ASUS will also have its new GeForce RTX 3080 and GeForce RTX 3070 graphics cards available in ROG Strix branding, with teh same triple-fan cooler and chunky heat sink that will keep the Ampere GPU cool, and the 10GB/8GB of GDDR6X/GDDR6, respectively. 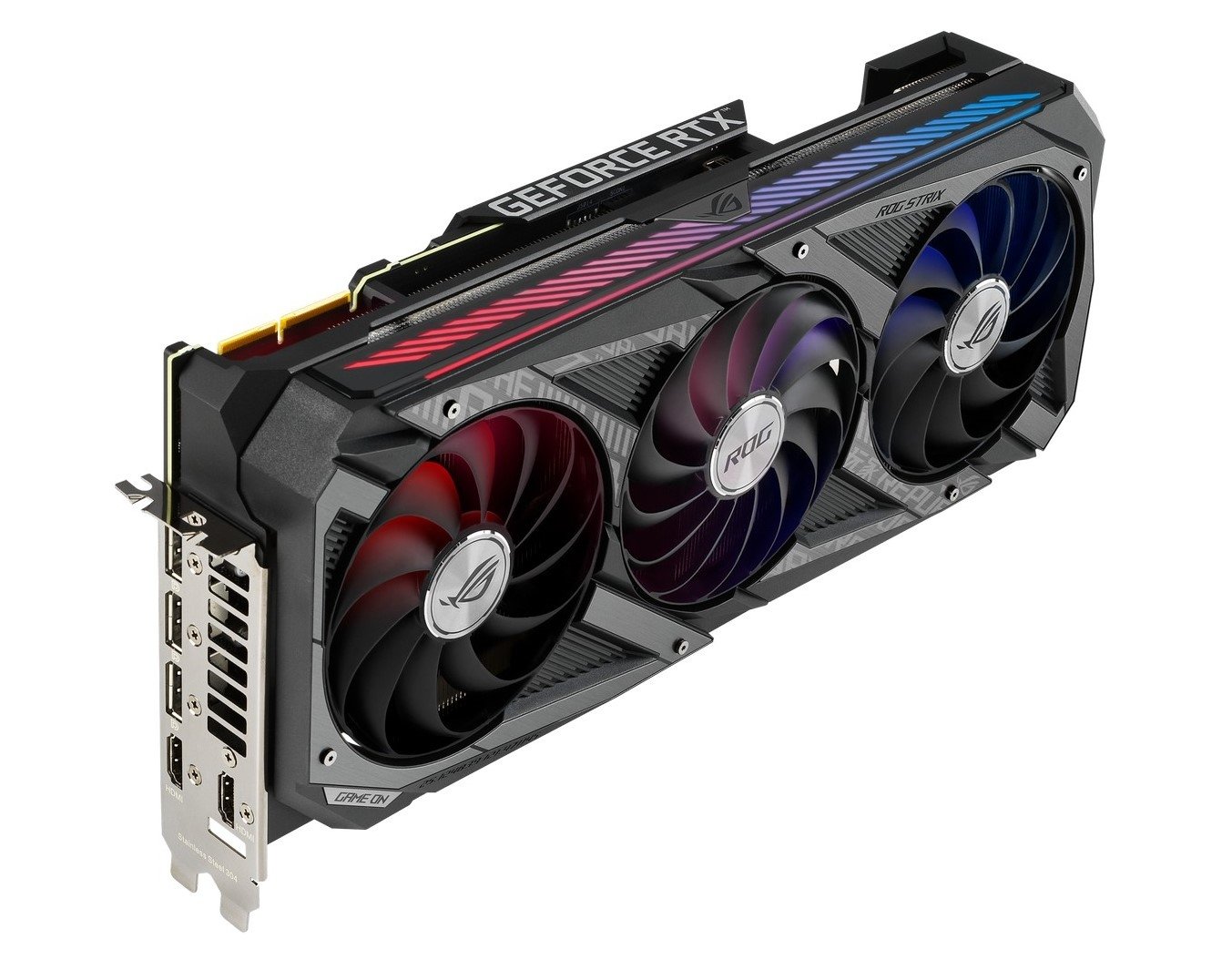 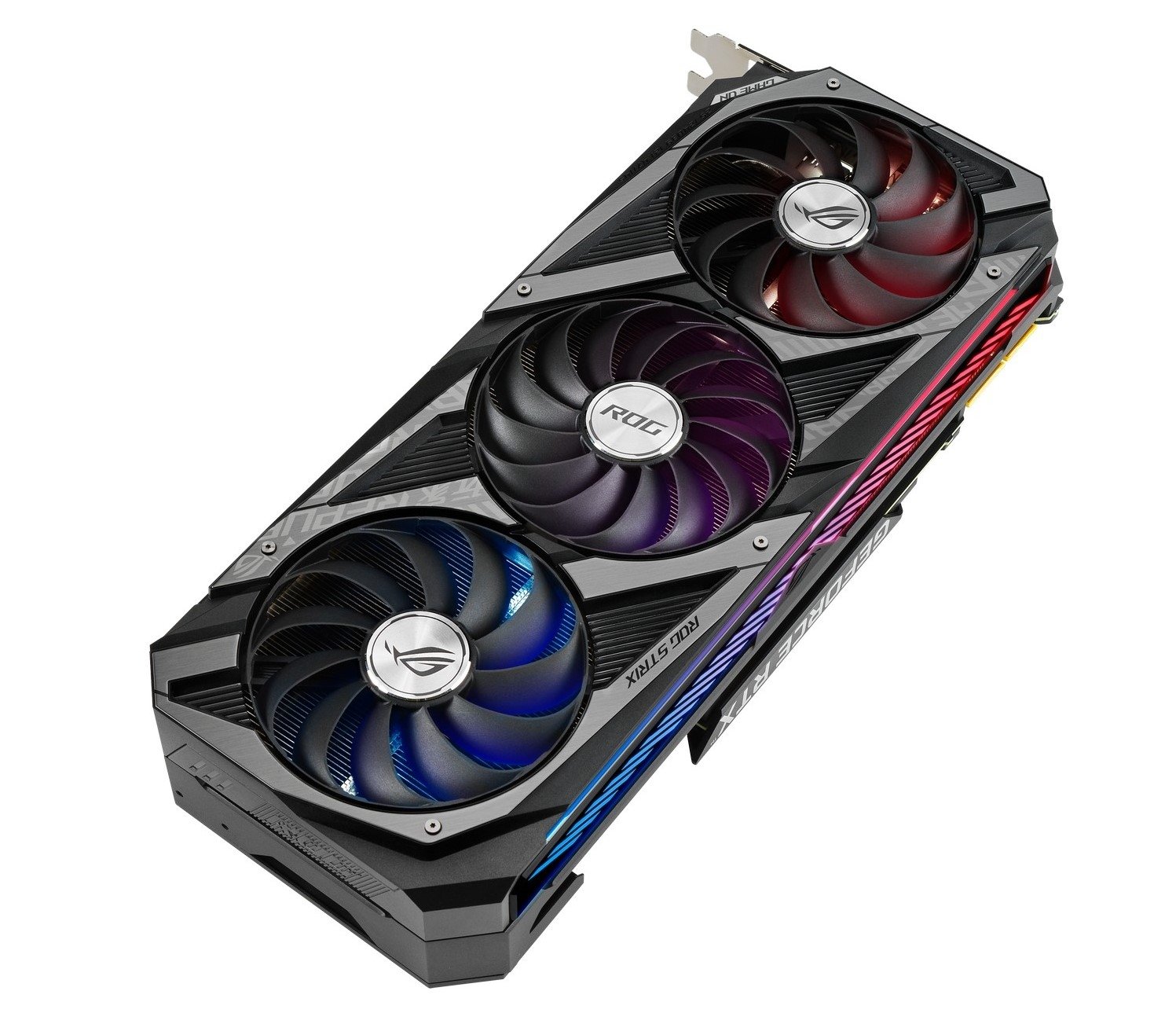