Fall Guys is a massive success and has become the next big indie sensation. The hilarious, colorful, and rather challenging indie has enjoyed massive fame on the Twitch streaming charts, rising to the top slots of Steam's most-played games, and is now the most-downloaded PlayStation Plus game of all time. But it's also sold 7 million copies, making it one of the fastest-selling indies of all time.

In less than a month, Fall Guys has amassed 7 million sales on Steam. Fall Guys beats a handful of gaming's most-popular indies including Shovel Knight, Cuphead, and Hollow Knight. It's only 3 million copies away from Stardew Valley's 10 million sales, a figure which took 4 years of sales across a multitude of platforms. 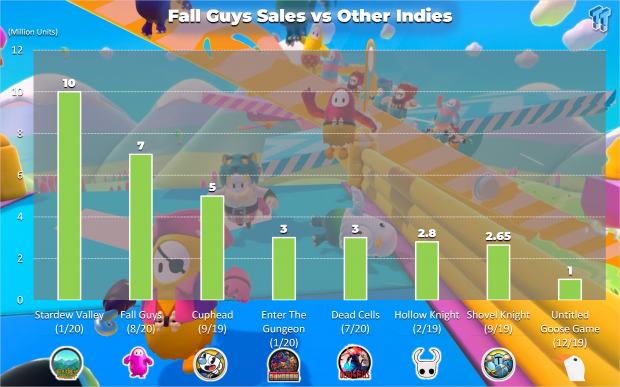 Mediatonic's indie hit is also sizing up well against other AAA games: 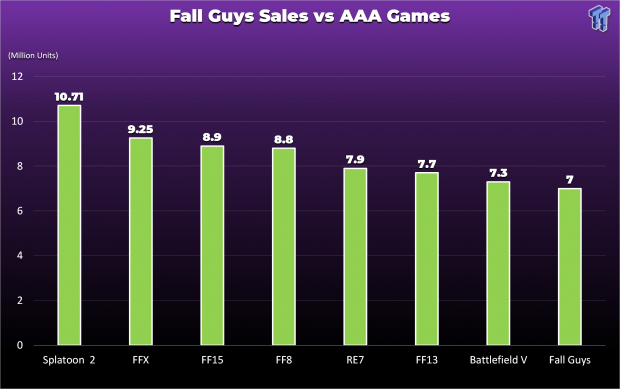 Fall Guys season 2 is due out October with new levels and medieval-style cosmetics. The game is currently available on PS4 and PC for $19.99.