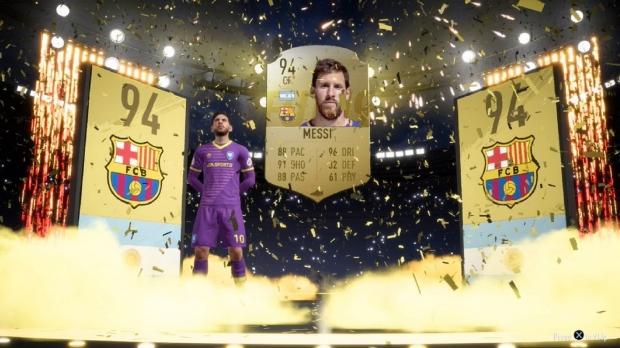 The lawsuit, which has been filed by attorneys Tim Blood from Blood, Hurst & O'Reardon and Andrew J. Brown on behalf of California plaintiff Kevin Ramirez and over 100 unnamed people, aims to set new precedent for EA in a jury trial. The goal with the trial is to force EA to change its "predatory and unlawful practices" concerning lootboxes and regulate them as gambling, collect damages, and force EA to pay for attorney fees.

The document is pretty eye-opening and uses apt language to describe the psychological aspects of live games, which are specifically built to incentivize in-game spending. The lawsuit shows how much money EA makes from live services, uses research papers to highlight how lootboxes are psychologically addictive, and how EA alleged profits from gambling-oriented business models.

For reference, EA just earned record quarterly live service earnings of $1.1 billion, up 60% year-over-year, and made up nearly 80% of total Q1 earnings.

Here's some tidbits from the financials:

One interesting tidbit from the lawsuit mentions how EA uses "physiologically arousing gambling cues" to build up the act of opening lootboxes. All of EA's lootbox-driven live games have flashy box opening sequences, complete with palpable suspense from gamers; will it be something good? Could it be the epic player you hoped for, or an epic skin?

Here are the most damning sections from the lawsuit:

EA is earning huge sums from its predatory Loot Boxes. EA is fully aware it violates gambling laws, but it has conducted the cost-benefit analysis and has chosen to go forward with its current "business model" because violating the gambling laws is so profitable.

EA is well aware that its Loot Boxes constitute illegal gambling and concede that its "business models are subject to . . . application of existing laws and regulations, including those related to gambling."7 Nonetheless, it chooses to sell Loot Boxes, risking violation of anti-gambling laws because they are so profitable.

EA purportedly allows minors aged 13 or older to "own" and use their own EA "wallets" without parental supervision, although EA has no method for policing or monitoring the age of the EA wallet user. As a result, the age limit of 13 years-old is not enforced and anyone can create a virtual "wallet."

The lawsuit goes on to outline how Ramirez (and others "similarly situated") were affected by EA's business practices:

In the course of playing FIFA and Madden NFL, and as a result of Defendant's conduct, Plaintiff Ramirez has been induced to spend money to purchase Ultimate Team Pack "Loot Boxes" in-game. Plaintiff continues to own and play the games. Plaintiff most recently spent money to purchase Ultimate Team Pack "Loot Boxes" in FIFA in approximately June 2020. Plaintiff estimates he has spent in excess of $600 on in-game Loot Boxes in exchange for the random-chance possibility of winning valuable players. To the extent he plays the EA games in the future, he will be subjected to Defendant's predatory Loot Box scheme. 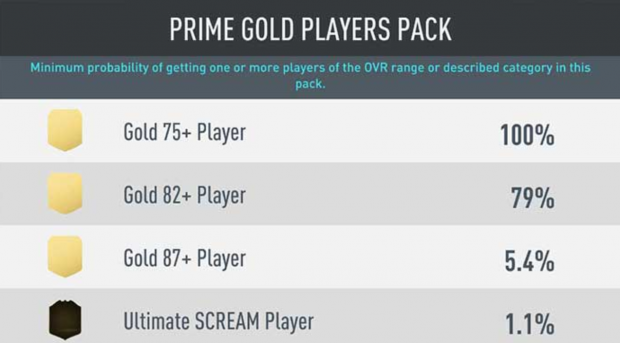 The lawsuit alleges that not only does EA skirt California gambling laws, but obfuscates pertinent data like the odds of getting specific rewards from paid lootboxes on in-game storefronts.

These randomized boxes have a very small chance of unlocking anything good, and are mostly filled with duplicates. For example, FIFA Ultimate Team packs have a 5.4% chance to unlock a Gold 87+ player.

While EA games now "display" certain odds of receiving levels of players, this limited information does not disclose the odds of receiving any particular player and it is not prominently displayed but hidden in a small "more info" box that must be clicked on right before purchase. However, what is prominently displayed are the most desirable and unlikely rewards, that picture only star players. While the odds of receiving these players are low, gamers are enticed to believe that they will receive one of the highly-rated, star players by buying the pack.

The lawsuit demands a trial as well as damages, attorney fees, and EA to be held to regulative laws.