Today Chinese juggernaut Tencent announced its Q2'20 earnings, and the results see strong spikes in game earnings in the period. 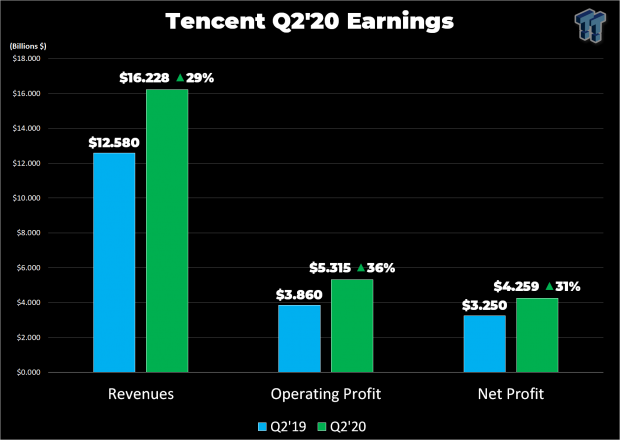 COVID-19 is spiking games industry revenues, and Tencent is no expception. The company revealed its Q2'20 performance for the quarter ending June 30, revealing strong 29% spikes in total revenues to $16.2 billion. Operating profit was up 38% to $5.3 billion, driven by surges in games revenues, and net profit reached $5.2 billion, up a strong 31% over Q2'19.

Games made up 35% of total revenues, or $5.68 billion. Smartphone games predictably made the lion's share of these earnings with $5.08 billion, driven mostly by heavily-monetized free-to-play games. 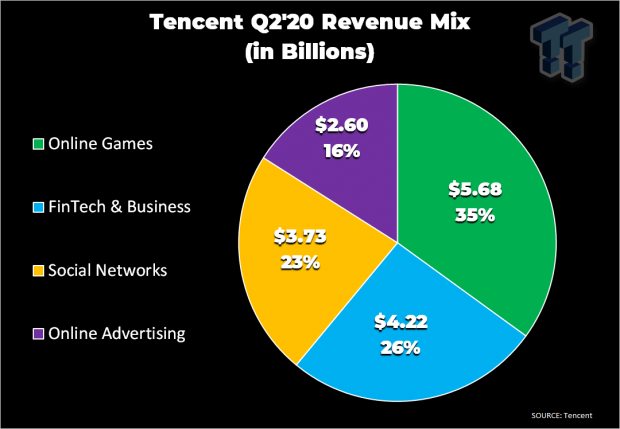 "Online games revenues grew by 40% to RMB38,288 million. The increase was primarily driven by higher revenues from smartphone games in both domestic and overseas markets, including titles such as Peacekeeper Elite and Honour of Kings, partly offset by the decrease in revenues from PC client games such as DnF and CrossFire.

games revenues attributable to our social networks business) were RMB35,988 million and PC client games revenues were RMB10,912 million for the second quarter of 2020."