Thanks to COVID-19 lockdowns helping spark game sales, Microsoft is closing the Xbox One console generation with a bang. 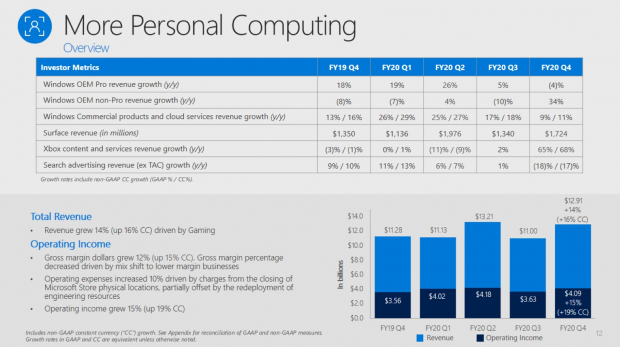 As Microsoft doesn't provide specifics on its gaming branch any more, these numbers lack context. However, Twitter data sleuths like DomsPlaying note this puts Xbox's total yearly revenues at around $11 billion, which is higher than the $10 billion it typically earns every year. For reference, Xbox gaming would've earned roughly 7% of Microsoft's total colossal $145 billion in yearly revenues.

One key data point remains perfectly clear: COVID-19 is helping boost hardware and software sales across the board. The NPD Group noted strong games revenues throughout the U.S. since COVID-19 lockdowns started, and companies are reporting rising earnings on strong demand for hardware products.