Apple wants to continue the design trend of thinner laptops in the coming years. The challenge is as hardware gains performance, it also starts to make more heat requiring more robust cooling systems. The desire for comfortable typing also requires better keyboards. The result is the need for thicker machines. 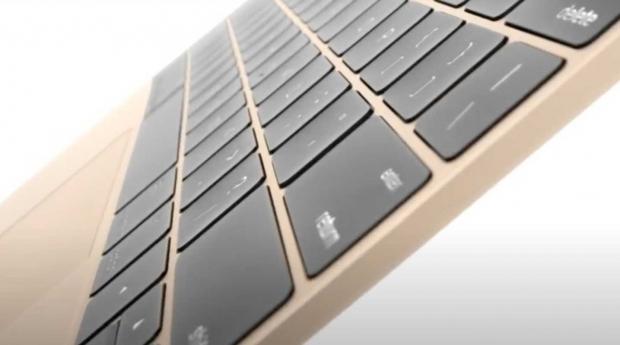 Apple has a new method that it is reportedly working on that will make future MacBooks thinner. It's not a new cooling system; it's said to be a new retractable keyboard. The retractable keyboard is an attempt by Apple to balance the customer's need for something they can type on with the need for thinness.

In IBM's case, the keyboard opened into a desktop-size unit making typing more comfortable and easy. The patent says that Apple is looking at "selectively reducing the thickness of a keyboard by selectively retracting or extending the keys of the keyboard relative to an internal keyboard mounting or support layer." The patent also outlines a system that would have "movable mechanical or magnetic linkage elements" that would be able to reposition key stabilizers between different relative positions.

Apple also notes that the stabilizers could be scissor mechanisms, butterfly mechanisms, or similar devices. The use of the word "butterfly" may give some MacBook users an uneasy feeling after the poor reception and failures of Apple's butterfly keyboards in the past. We assume the manufacturer would want nothing to do with more keyboard failures and would use a design that is improved. Apple updated its 13-inch MacBook Pro with a new keyboard not long ago.