Anyone who has bought an Apple Mac computer knows that the machines are very expensive. Often a similar Windows machine will save hundreds of dollars compared to buying a Mac. However, Mac fans don't seem to mind spending the extra money, but everyone's up to save a little cash. 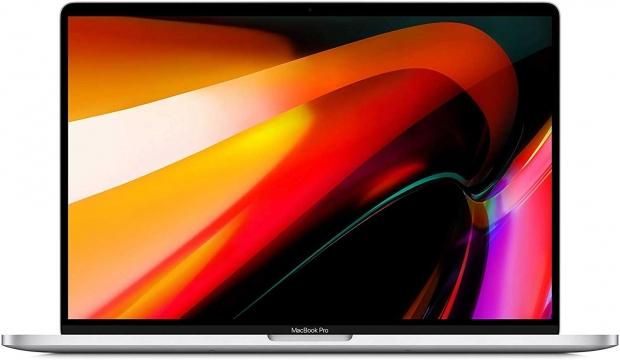 Apple has finally started accepting trade-ins of used Mac computers at Apple Stores and online in the United States. The savings vary depending on which device you are trading in and what version it is. One major caveat to the new trade offer is that Apple gives no firm price on what it would give you for a trade, and you have to send your device in without knowing how much you'll get.

Anyone who takes a Mac into an Apple Store will know what the offer is before they have to trade the device. Those buying online can send their Mac in using a prepaid shipping label or trade kit. Once the Mac is received, Apple will figure out how much it thinks the machine is worth and issue a credit accordingly in the form of a gift card or instant credit to spend in the Apple Store. 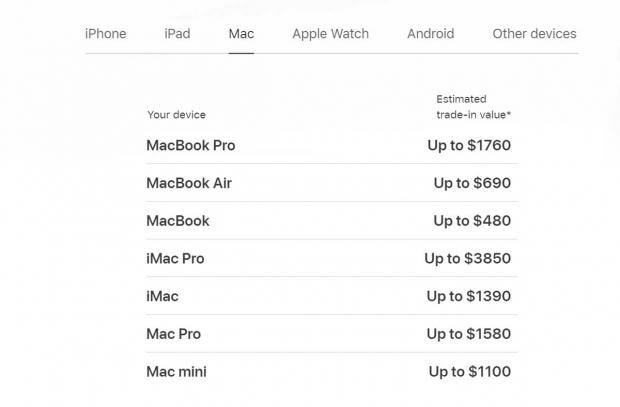 Apple's trade values can be seen in the image above. It's worth noting that these are the maximum values, and we bet most will get significantly less than the amounts listed. Beware if you ship a Mac to Apple, there is a chance that they could decide the device isn't worth anything and you'll get no money. Apple will recycle the device for free. Value is based on condition, age, and the configuration of the trade. Apple also notes that trades can vary in amount between online offers and in-Store offers. Apple requires ID on any trade-in, but no proof of purchase. A trade could save hundreds off the price of a new MacBook Pro.