We've been graced with some truly ridiculously fast PCIe 4.0-based SSDs over the last year or so, but it looks like Samsung is ready to give us "the super performance of real PCIe 4.0 SSD".

Samsung is gearing up to launch its new 980 Pro SSD by the end of August 2020, where it will be their first consumer-focused PCIe 4.0 SSD. We can expect some truly insane speeds of up to 6500MB/sec reads, and 5000MB/sec writes which translates to 6.5GB/sec read and 5GB/sec writes -- just let that sink in.

The news is coming from @UniverseIce on Twitter, who tweeted "Samsung 980 Pro SSD will be released within two months, you will see the super performance of real PCIe 4.0 SSD". We did see Samsung show off its insane 980 Pro SSD at CES 2020 earlier this year with crazy speeds.

Phison has been enjoying PCIe 4.0 SSD speed dominance through its Phison E16 controller, but that maxes out at around 5GB/sec reads and 4GB/sec writes -- so it would lose against 6.5GB/sec and 5GB/sec from Samsung's new 980 Pro SSD.

Samsung should also use some of its own, and faster 2-bit MLC NAND -- but when coupled with its own SSD controller we should see the 980 Pro dominating benchmark charts. 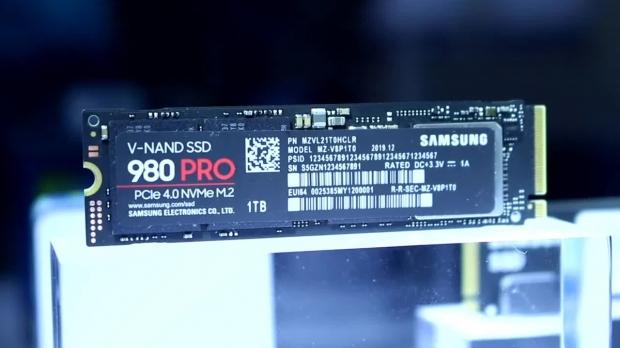