Warzone is literally the biggest thing Activision has ever done. Luckily Infinity Ward is making good on its promise to start shrinking both Modern Warfare's and Warzone's massive install sizes. 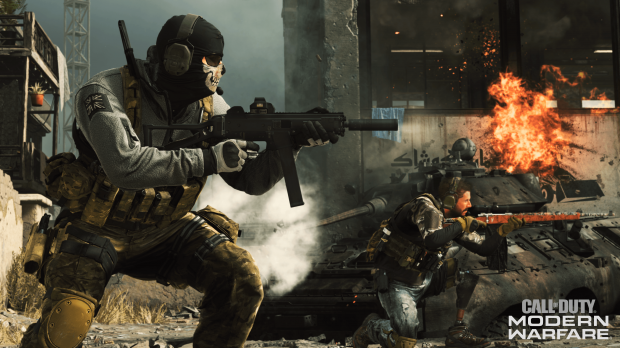 Call of Duty is taking a serious toll on hard drive space. Warzone and Modern Warfare have a combined install space that's fast approaching 200GB, or almost 1/4th of a PS4's 1TB HDD. The culprit is both games' seasonal models, which see huge content patches and updates launched every few weeks.

A while back, Infinity Ward said it'd use new compression tech to help shrink the game's storage footprint. Now the developers are starting to implement their compression tech and reduce file sizes going forward. Starting with season 4's drop tonight at 11PM PST, all future content drops will be compressed and adjusted to drop the overall install size.

But there's one catch: Season 4 will still be a huge download, hinting gamers will have to basically re-download the game and overwrite the existing files, which is par for the course with bigger updates.

"The Season 4 download is going to be large. In order to reduce the overall disc space that MW and WZ take up, we're compressing a bunch of assets. Once installed, the S4 launch will only take up an additional 4GB on consoles for all of the new content," said Infinity Ward senior communications manager Ashton Williams.

"We're continuing to sweep all assets to make size reductions where we can, and also further optimize future patches for size. If helpful, one reminder for console players, you can uninstall the content packs for modes that you're not playing if you want to free up space."

Gamers can uninstall portions of Modern Warfare they don't actually play any more, but some of these can only apparently be uninstalled on Xbox One. We've reached out to Infinity Ward for further clarification.

This new compression system is extremely important. Warzone will connect right to Black Ops: Cold War, so the devs need to reduce sizes as quickly as possible to prevent massive ballooning installs.

We can't wait for next-gen consoles to arrive with their massively improved PCIe 4.0 SSDs. Not only will data replication be wiped out, but patch installation will be dramatically overhauled too.

Cerny also confirms the PlayStation 5's SSD improves how patches are installed on the storage. The system no longer needs to create a new file every time a patch is installed. This was previously necessary because the patch would add new seeks, and thus compound the data usage even further.

But as we said above, there's no seeks on the SSD.