Being an astronomer means you sometimes find things in space that you or no one else has ever seen before. 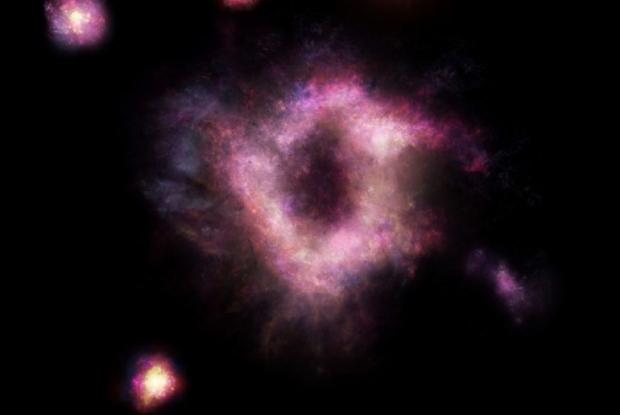 In a new paper published in Nature Astronomers details one of those findings, and funnily enough, the finding is a galaxy that is shaped like a donut. This galaxy is called R5519, and astronomers estimated that its distance is 11 billion light-years away, which means what we are observing happened 11 billion years ago. According to Dr. Tiantian Yuan, lead author of the study, "It is a very curious object that we've never seen before. It looks strange and familiar at the same time."

Study co-author Kenneth Freeman said, "In the case of this ring galaxy, we are looking back into the early universe by 11 billion years, into a time when thin disks were only just assembling. For comparison, the thin disk of our Milky Way began to come together only about nine billion years ago. This discovery is an indication that disk assembly in spiral galaxies occurred over a more extended period than previously thought."