President Trump is bringing the pain to the World Health Organization (WHO) where he has threatened to cut funding from the WHO over its handling of the COVID-19 pandemic. In recent WHO-related news, the ex-director of the WHO has said that coronavirus could "burn out naturally", more on that here. 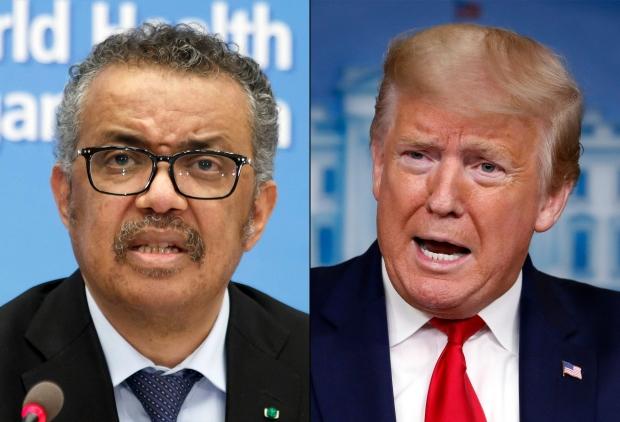 President Trump tweeted out his four-page letter to Dr. Tedros, the Director-General of the WHO, saying that the agency must show "independence from China". Trump writes: "If the World Health Organisation does not commit to major substantive improvements within the next 30 days, I will make my temporary freeze of United States funding to the World Health Organisation permanent and reconsider our membership in the organisation".

The letter from President Trump continues: "It is clear the repeated missteps by you and your organization in responding to the pandemic have been extremely costly for the world. The only way forward for the World Health Organization is if it can actually demonstrate independence from China". 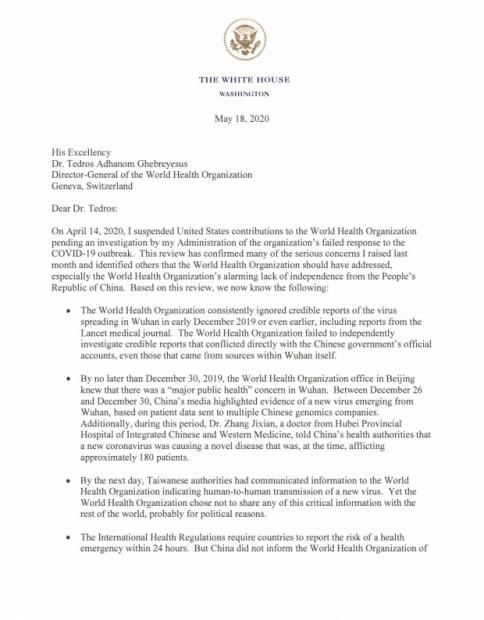 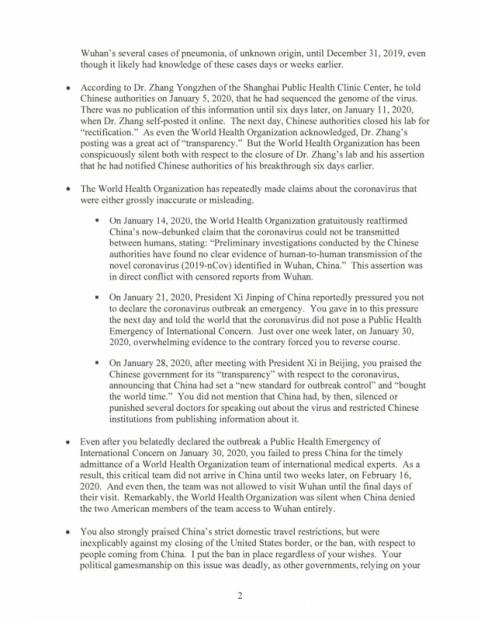 "My administration has already started discussions with you on how to reform the organization. But action is needed quickly. We do not have time to waste". 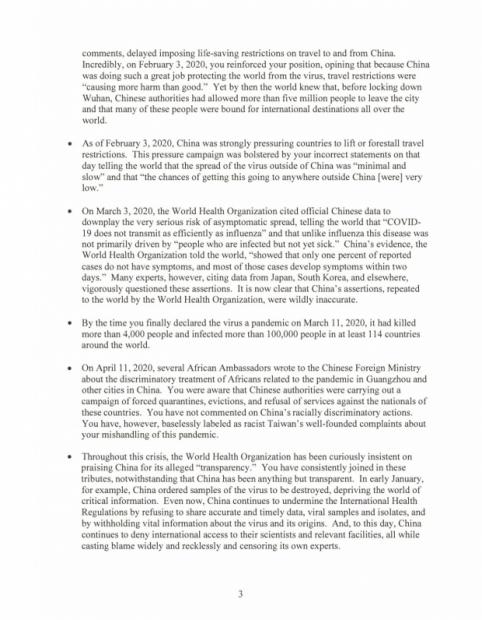 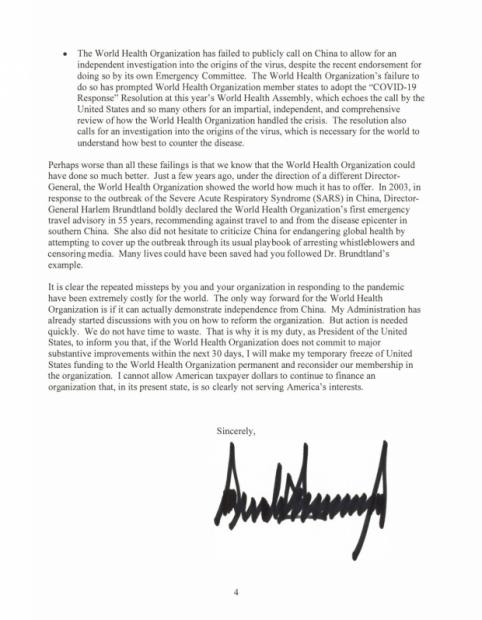 Trump attacked the WHO for its "political gamesmanship" by applauding China's strict domestic travel restrictions, but then were "inexplicably against my closing of the United States border". Trump also highlighted the fact that the WHO chose "not to share" any of the critical information with the world when it came to the organization knowing about human-to-human transmission of a new virus (coronavirus).

You can read President Trump's four-page letter to the Director-General of the WHO, right here (or in the above images).