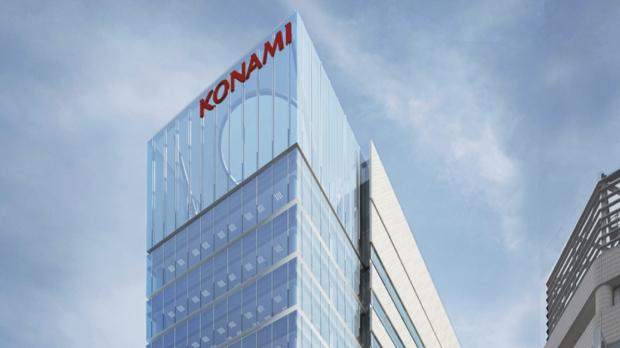 Konami just announced its FY19 earnings, and like Sony, the games-maker is seeing a big drop in overall profits.

Konami's net revenues for the year ending March 31, 2020 sit at $2.4 billion, flat year-over-year on the strength of consistent games performance, but operating income is down nearly 40% to $284.9 million due to boosted expenses like moving to a new Konami-owned office in the Ginza district of Tokyo. Profits are likewise down a big 41% YoY to $182.9 million due to shaky global economics from COVID-19. 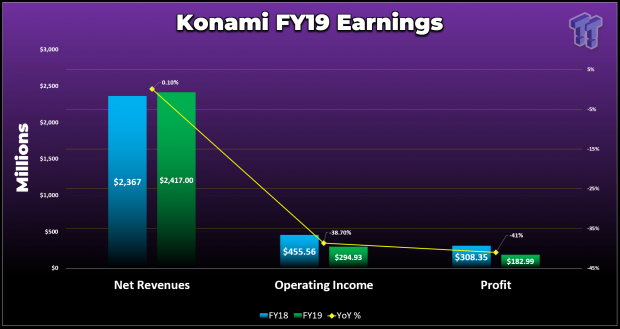 Gaming earnings were healthy, however, compromised 58% of Konami's total-year revenues.

Konami predictably gave absolutely no mention of new HD games from key franchises like Metal Gear, nor did they acknowledge the Silent Hill rumors.

The only non-Japanese game Konami talked about in the earnings report was its annualized PES Soccer franchise. It mostly mentioned Japanese-oriented titles like Yu-Gi-Oh! card games, the new eBaseball Pawafuru Puroyakyu 2020 game, and Professional Baseball Spirits A.

Konami says profits from gaming dropped as it spends more on production, development, and R&D costs of new games, but didn't mention anything specific.

The company didn't outline any major milestones for future games outside of the aforementioned titles, nor did it deliver guidance for FY2020's earnings due to uncertainty around COVID-19 impacts.

"For the fiscal year ended March 31, 2020, the Japanese economy went through a phase of contraction from the gradual recovery with continuing improvements in corporate earnings and personal consumption. In addition to prolonged U.S.-China trade frictions, instability in the Middle East and the Brexit impact, there are concerns about a global recession triggered by coronavirus outbreak.

"Under such circumstances, in terms of the business results of Konami Group for the fiscal year ended March 31, 2020, operating profit decreased due to temporary expenses related the building we formerly occupied. The temporary expenses were incurred by the relocation to our owned new building, "Konami Creative Center Ginza," and mainly consist of rent expenses for the remaining contract period until the fiscal year ending March 31, 2021. Furthermore, impairment loss for property, plant and equipment in sports business and advance investments in new technologies were incurred. The worldwide spread of COVID-19 also affected our product and service supply for the fiscal year ended March 31, 2020."