Sony's Fiscal Year 2019 results show a marked decrease in PlayStation hardware adoption and a drop in software sales, but digital ratio is on the rise due to COVID-19. 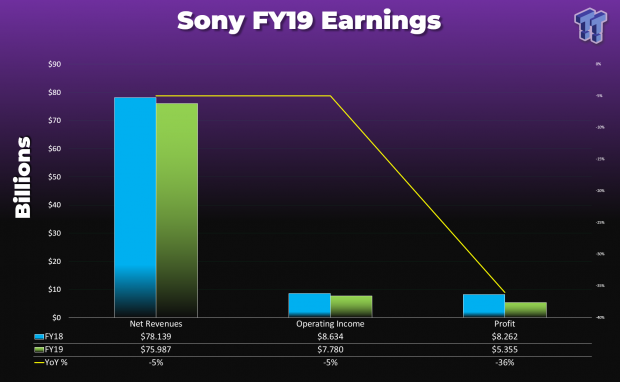 Sony's latest financials reveal key earnings drops in a number of areas, resulting in a 36% decrease in overall profits and other performance metrics. The results saw drops in yearly revenues, operating income, and overall profits,

Profits are down 36% YoY due to key segment slides like gaming, music, and EP&S, all of which saw net revenue drops. Sony pulled in $5.355 billion in profits attributable to stakeholders in FY19, as compared to $8.262 billion last year. 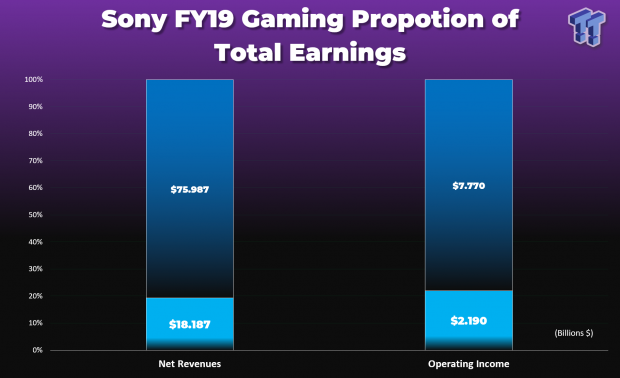 Insofar as gaming, earnings were down year-over-year across the board except for network services, which saw a slight uptick by 3.2% from last year.

Sony attributes a portion of game segment drops to the absence of big hits like God of War and Spider-Man which were released the year prior, but most of the impact was due to lower software and PS4 hardware sales, as well as foreign exchange rates (1 USD = 110.9 yen in 2018 versus 1 USD = 108.7 yen in 2019). 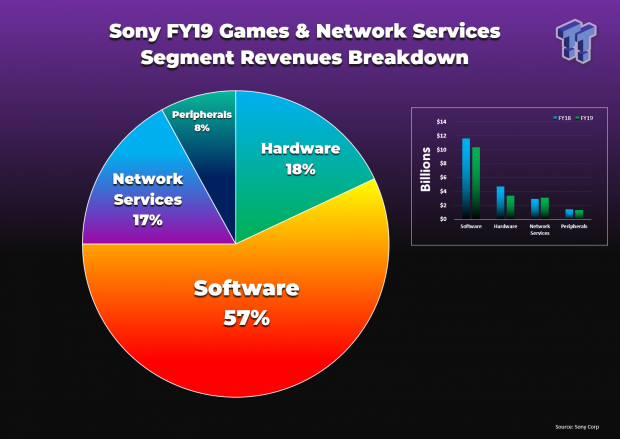 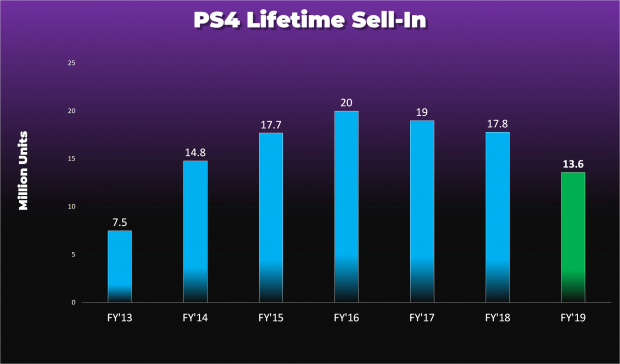 Hardware made up 18% of total segment revenues, and games made over half of earnings at 57% of total G&NS earnings. Sony announced the PlayStation 4 has sold 110.4 million units to date, and the console moved 13.6 million sales in FY19, down from Sony's original 15 million sales forecast. 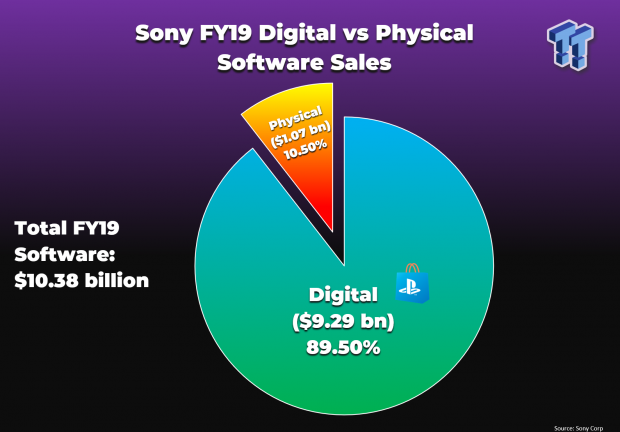 The proportion of digital-to-physical jumped in Q4'19 thanks to coronavirus stay-at-home mandates. By the end of FY19, 51% of total game sales for the year were from digital as compared to the 37% in FY18.

Network services were up 3.2% as PlayStation Plus subscribers grew steadily to 41.5 million as of Q4, and network services accounted for 17% of segment revenues.

Sony's total-year FY2020 outlook isn't so hot. Coronavirus is expected to take a toll throughout Q1-Q2, and may lead to weaker exchange rates due to economic situations. The company expects yen exchange rates to drop quite a bit to 105 yen to the dollar. Sony expects operating income for all segments to slide below FY19 levels, which saw slides in gaming, music, and financial services.

Total-year operating income is expected to drop by at least 30% from FY19 levels, which would deliver roughly ¥ 5.91 billion, or about $53.363 million based on the 105 yen conversion rate.