Chromium says that following the Better Adds Standards, it is taken steps to address ads that most people find unacceptable. Chromium Blog writes that it recently discovered that a fraction of a percent of ads consume a significant share of device resources such as battery and network data without the user knowing it. These ads, such as those that mine cryptocurrency, can drain battery life, saturate data networks, and cost users money. 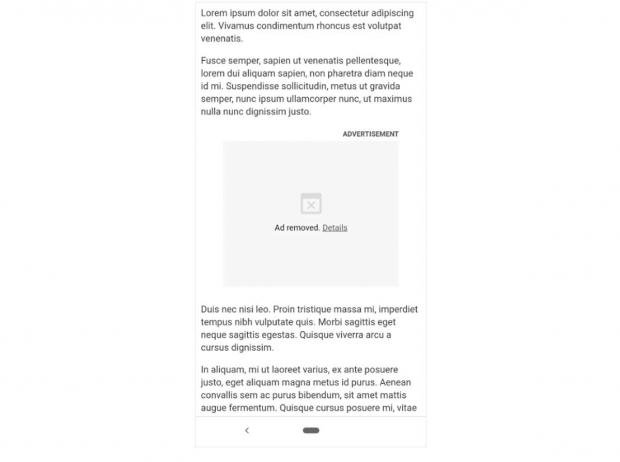 To save the battery life and data plans of users, Chrome will limit the resources a display ad can use before the user interacts with the ad. When the advertisement reaches its limit, the ad frame will navigate to an error page informing the user that the ad has used too many resources. The image below is an example of what an ad removed for using too many resources will look like.

Chromium says to determine threshold limits for the unloading it extensively measured ads Chrome sees. The most egregious ads were targeted, meaning those that use more CPU or network bandwidth than 99.9% of all detected for that resource. Chrome is setting thresholds at 4 MB of network data or 15 seconds of CPU usage in any 30 seconds, or 60 seconds of total CPU usage.

Chrome says that only 0.3% of ads exceed that threshold today. However, the ads that do exceed those thresholds account for 27% of network data used by ads, and 28% of all ad CPU usage. Chromium says that it intends to experiment with the ad-blocking over the next several months and launch the intervention on Chrome stable near the end of August. The delay is intended to allow ad creators and tool providers to prepare and incorporate the thresholds into workflows. Earlier this year a Mac was maxed out with 6,000 Chrome tabs that consumers 1.4TB of RAM.