What's in a name? A whole lot, especially when there's a logo attached.

Microsoft just filed what looks to be the final trademark for the Xbox Series X's logo design, and it reminds me of a construction zone sign from a faraway alien world. The filing was submitted April 20, but it hasn't yet been examined or approved.

This design marks the second major logo for the Xbox Series X. The first one was shown during the Xbox Series X reveal in December 2019. Technically the console's name consists of two trademarks: this new submission is just for "Series X" and combines up with the existing "Xbox" trademark (oddly enough, Microsoft filed a new Xbox logo in November 2019, just a month before the Xbox Series X's reveal at The Game Awards 2019).

There's currently no filings for Series S or Series E, so it's possible the rumored lower-powered Lockhart next-gen Xbox may not happen in 2020. 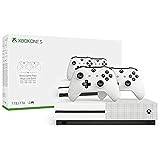