Lordstown Motors CEO Steve Burns has written an open letter to fans of the company, and it's all-electric Endurance pickup. The Endurance pickup was supposed to be unveiled officially at the North American International Auto Show in Detroit in June. That event has been canceled due to the coronavirus pandemic. With the official reveal canceled, Lordstown Motors is talking about its revised plans for unveiling the pickup. 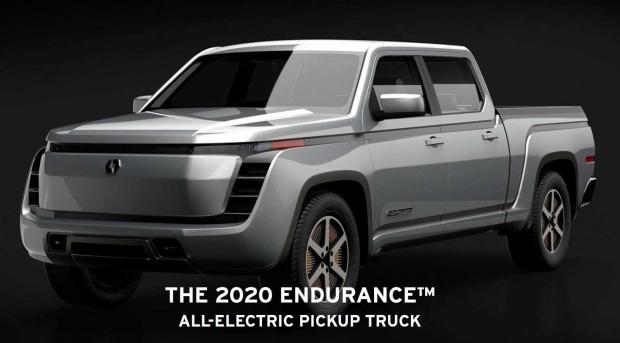 Burns wrote in the letter that most of the staff has been working from home and carrying out as much of their work as possible. Essential maintenance at the plant is still being conducted, and design engineers are continuing to test and fine-tune the technology that will power the truck. For those unfamiliar with the Endurance electric pickup, it will have an in-wheel motor at all four corners giving the truck all-wheel drive.

The vehicle is designed to have the fewest moving parts of any motor vehicle to reduce maintenance costs and lower the total cost of ownership. The base price being targeted is $52,500, and the Endurance will have a range of at least 250 miles per charge. The truck will hold five people and tow 7500 pounds. Lordstown Motors says that the vehicle also has off-board power for tools and accessories and 600 peak horsepower. The Endurance pickup will compete directly against the Tesla Cybertruck.