Counter-Strike: GO has surpassed DOTA 2 as the second Steam game in terms of concurrent users. 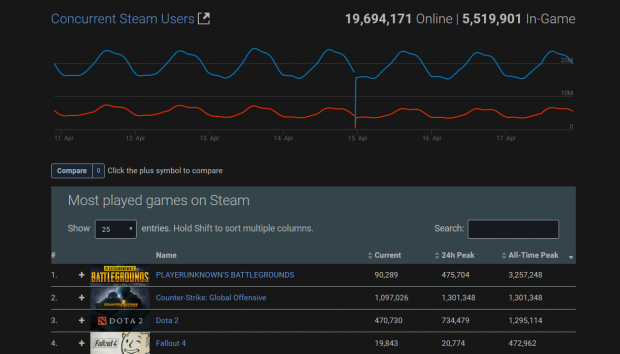 COVID-19 quarantines are resulting in huge spikes in gaming, and Counter-Strike is no exception. The game hit over 1 million active players back in early March, and now a month later it's broken 1.3 million to dethrone DOTA 2. At the time of writing, SteamDB reports CS:GO is the second most actively-played Steam game of all time. PUBG still leads with an insane 3.2 million concurrent users. Still, though, CS is doing pretty damn good for a 8 year old game. And CS:GO has had the best 24-hour peak of any Steam game to date.

Other fun facts about Steam's playerbase: Fallout 4 actually beats GTA V in all-time concurrent peak users, and PUBG actually has two spots in the top 10 list. One of them belongs to the BR's test server. Right now Steam has over 19 million people online, but only 28% of them, or 5.5 million, are actually gaming. 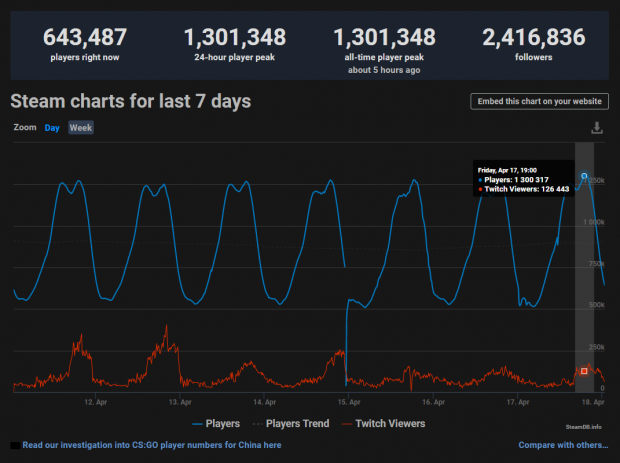