Following a big leak that spoiled the news, Crytek today revealed Crysis Remastered for PC, consoles, and surprisingly, Nintendo Switch. But the game will shine brightest on PC thanks to higher-level optimizations.

Crysis Remastered is coming this summer to melt your GPUs and resurrect the old adage "Can it run Crysis?" Apparently even the Switch can run Crysis these days. It's the PC port we're all interested in, though, and Crytek is promising some hefty upgrades that are made possible by the new beefy CryEngine 5.6 toolset.

Crysis remastered will look next-gen thanks to effects like SSDO, or screen space directional occlusion, an advanced lighting technique that allows for real-time global illumination, software-based raytracing that's independent of hardware (check out our Control review to see ray tracing in action), and SVOGI or voxel-based global illumination. Expect amazing-looking environments with volumetric fog and ray-traced shadows rendered in real-time.

Crytek also confirmed Crysis Remastered will "focus on the singleplayer campaigns," indicating multiplayer won't be involved. We think it's likely Crytek will release a free-to-play Warhead-like online-only multiplayer mode later down the line. In 2019, Crytek announced a partnership with cloud gaming guru Improbable to make a new game using SpatialOS tech, which is used for online games. SpatialOS could power this MP experience.

Crysis Remastered is being co-developed by Saber Interactive, who handled the Witcher 3 port on Switch.

"We are excited to be working on the Crysis franchise again, and to bring all the Crysis fans a remaster worthy of their passion for the game," said Crytek CEO Avni Yerli. "It's an exciting opportunity to be able to bring Crysis back to PCs and current consoles - even Nintendo Switch! - so that a whole new generation of players can experience the thrill of a battle in the Nanosuit."

Crysis Remastered is due out Summer 2020 for PC, PlayStation 4, Xbox One, and Nintendo Switch. Pricing and exact launch have yet to be confirmed. 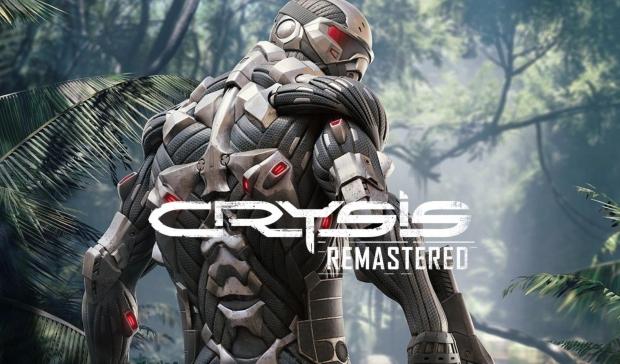