With everyone being urged to stay indoors due to the coronavirus COVID-19 pandemic that is running rampant across the globe, many people have turned to gaming to keep them entertained while they are waiting out the virus. 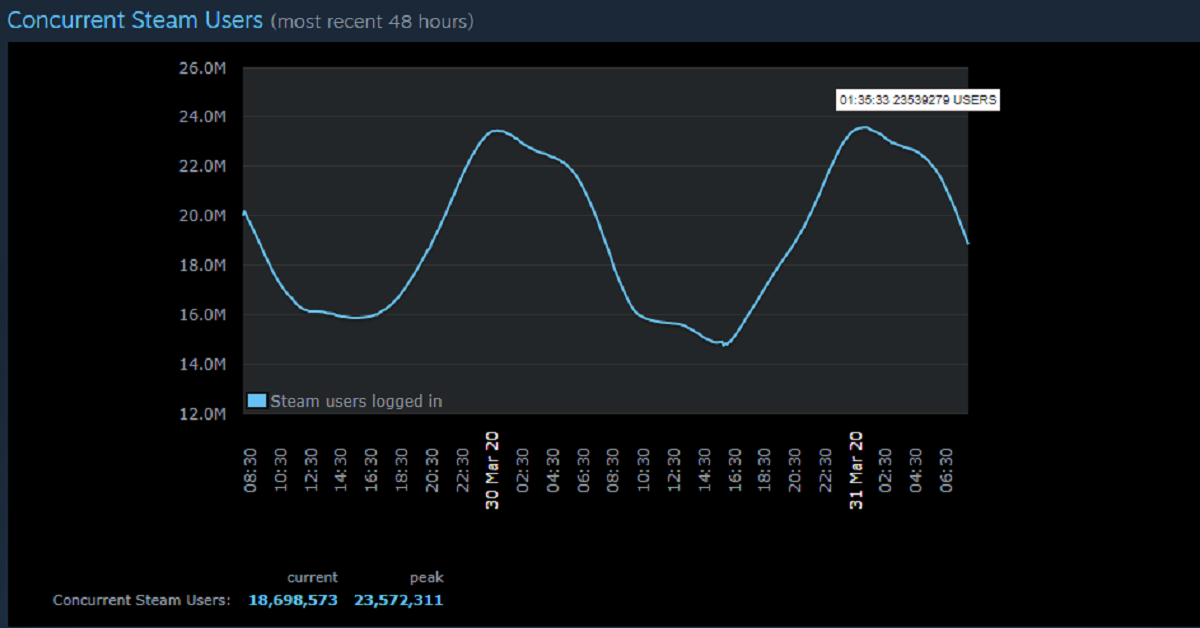 One of those platforms is the staple PC gaming platform, Valve's Steam. If you are a new PC gamer, one of the first programs you should download is Steam. Steam is renowned as one of, if not the best client to run games off of, as its selection is massive and sales are almost unbeatable. Since everyone is being urged to stay indoors and minimize the amount of human-to-human interaction that is being done, Steam has seen a massive increase in concurrent players.

Steam has now broken its all-time record for the number of players on its platform three times in a row. Steam's first record for this year was set back on February 2nd, with 18.8 million concurrent users. That record was beaten on March 15th when it was spotted that Steam had over 20 million concurrent users, more precisely - 20,313,476 concurrent users. That record was beaten just a week later when more than 22 million players were on Steam at the same time. Now, the previous record has been broken, as 23,572,311 users have been recorded to be on the platform.