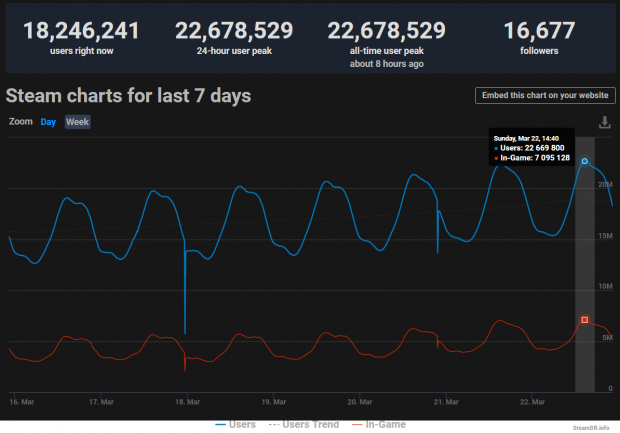 Gaming is a go-to escape from the rampant coronavirus threat that rages outside our doors, and millions of people are logging onto Steam to distract themselves with PC games. Steam's playerbase just hit an all-time record high of 22,678, 529 users, up 15% from last week's 19.72 million. 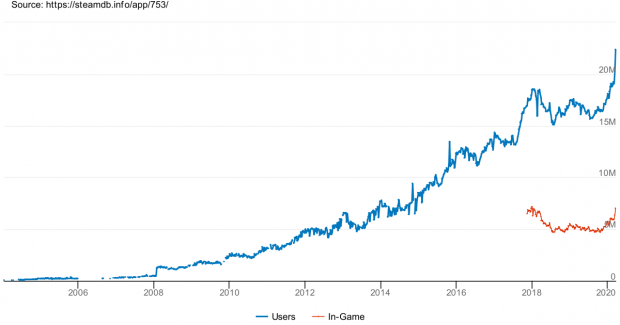 Counter-Strike benefited from the player spike the most. The 8 year-old shooter has now amassed more than 1.1 million players online at the same time, up over 100,000 players in little over a week.

At the time of writing, Counter-Strike: GO is the top-played Steam game and could soon dethrone DOTA 2 as the second most-played Steam game of all time. I expect Steam's digital game sales to skyrocket as consumers stay indoors and avoid retail markets, and as people get tired of streaming Netflix all the time.

Other non-Steam games like Call of Duty Warzone have likewise jumped tremendously. Warzone's userbase has grown to over 30 million players, representing a 200% increase in a week.