Norman Reedus is currently in talks to work with Hideo Kojima on a new project, the actor confirmed in a recent Wired interview.

Death Stranding shouldn't be the end of Kojima's and Reedus' professional relationship. The Walking Dead star says he's interested in working with Kojima on upcoming projects, and is currently discussing another collaboration with the Metal Gear Solid creator. Reedus could end up being the lead man in KojiPro's next big game.

"We did Death Stranding, which was a huge hit, and we're in talks to do other stuff," Reedus said in the interview.

"I did the video game because Guillermo del Toro called me and said 'hey a guy named Hideo Kojima's gonna call you, and just say yes.' I was like 'who is he,' and del Toro said 'It doesn't matter who he is, just say yes.'

"And then I met Hideo in Comic-Con in San Diego, he came out back when we were going to do a different game, and he showed me what he was working on. I was just blown away. The guy's like a super genius. Then I became friends with him, started working with him, and we kept going." 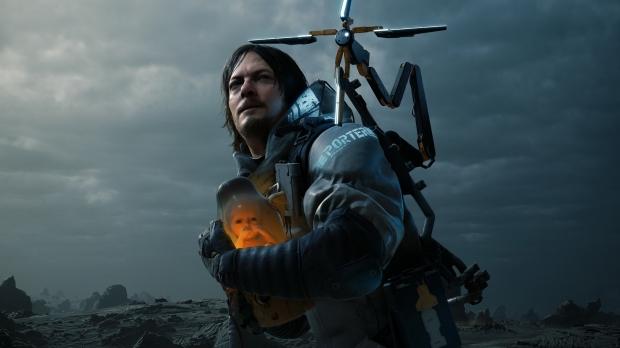 So what's Kojima working on?

There's rumblings that Konami will make a new Silent Hill game, and KojiPro just teased something that could be Silent Hill related.

But more than likely the teaser was just for Death Stranding's official PC release date and the Half-Life cross-over.

Kojima currently wants to work on films--actually he's always wanted to make films--so it's possible Reedus will star in one of these projects. These should be smaller-scale endeavors that release in between KojiPro's big AAA titles.

Kojima also wants to make another horror game. We recently guessed that Kojima could make a kind of interactive horror film-game hybrid to release on Sony's PlayStation Productions label, or even a juncture with Quantum Break-style episodes complemented by actual gameplay sequences.

Whatever Kojima is up to next, Reedus should be right there with him for the weird, weird journey.