Inside, they are a powerhouse of mobile greatness -- packing Qualcomm's latest and greatest flagship Snapdragon 865 processor and up to 8GB or 12GB of LPDDR5 memory.

Xiaomi bakes in some serious gaming goodness inside of the Black Shark 3 gaming phones, with a super-fast (but not flagship) 90Hz refresh rate on their displays -- joined by 270Hz touch sampling rate. This means that every single tap from your finger is registered on the display much quicker than competing smartphones. 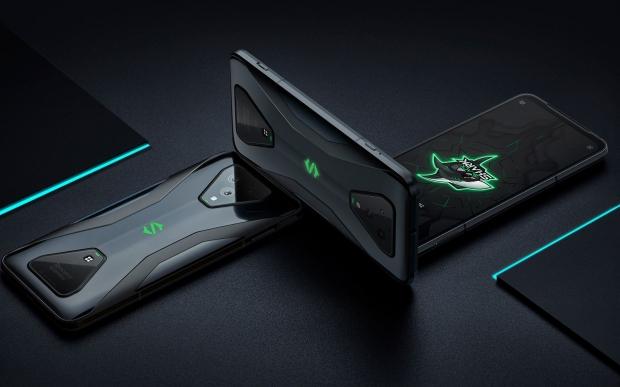 Both of the new Black Shark 3 gaming smartphones pack Qualcomm's flagship Snapdragon 865 processor which is liquid cooled by two heat pipes that are sandwiched with the logic board to keep the phone cool -- as well as adjustable pressure being pushed onto the corners of the phone with the physical pop-up shoulder buttons.

The new Black Shark 3 gaming smartphones have an awesome array of camera technology on both the front and back of the phone, with a main 64-megapixel rear-facing camera that is joined by a 13-megapixel ultra-wide sensor, and a 5-megapixel ToF sensor. Around the front we have a 20-megapixel front-facing camera for those all-important selfies.

One of the best things about Xiaomi's new Black Shark 3 gaming smartphones is that they have a 3.5mm audio jack, something that is lost on the latest and greatest flagship smartphones these days.

Xiaomi is expected to launch its Black Shark 3 into the Chinese market on March 3, while the higher-end Black Shark 3 Pro gaming smartphone will debut on March 10. Xiaomi says that they are planning a global release in the "near future".