The Doom Slayer might be a crazed, demon-slaughtering psychopath, but he's still a big kid with a very nerdy side. 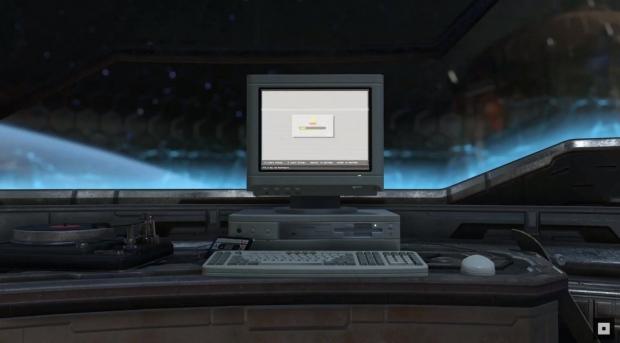 Doom Eternal's hub world, the Fortress of Doom, humanizes the rampant killing machine we know and love. Turns out that murderous buff action hero is a huge nerd. Doom Slayer has his own room with personal trinkets, collections, and artifacts, including an old gaming PC that hearkens back to Doom's glory days in the 90s where dial-up and 3.5-inch floppy discs ruled the platform.

"He's a nerd. He's like one of us, only he's 300 pounds, really swole, and he can slaughter demons. He's also a gamer and he's really into the history of games," Doom Eternal creative director Hugo Martin said in a recent PAX East stream.

"We have so much fun doing stuff like this and fleshing out the character. It actually does tell you who he is. Doom Eternal and Doom 2016 is just a Saturday morning cartoon, you have to think of it that way. It's a fantastic universe, a really cool IP, parts of it are serious but none of it ever takes itself too seriously and we love working on this brand because we get to do stuff like this."

But will the old-school PC actually fire up Doom within Doom Eternal? We don't know for sure...

"He's playing old video games. What else do you do on an old PC?" Marty Stratton said.