One of the Xbox Series X's biggest features isn't its raw GPU power, or its high FPS functionality. It's a small quality-of-life improvement that has massive implications. 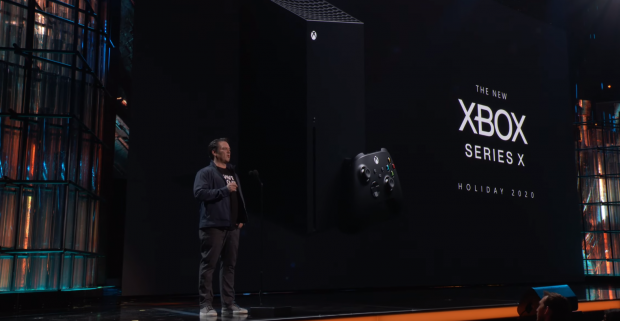 The Xbox Series X is designed for speed and power, and more importantly, to link the two indiscriminately in a cyclic fashion. The Xbox Series X's brute hardware is complemented by flexible, adaptable, and powerful software that intelligently uses the system's raw strength--it's a marriage of brains and brawn. The console's synergized 7nm AMD SoC, PCIe 4.0 SSD, and GDDR6 RAM hardware are held together by a sophisticated software stack that enables developers to tap the beastly 12TFLOP GPU while delivering effects like Variable Rate Shading or ray tracing, boosting frame rates and immersion in the process.

One big part of this emphasis on speed is the console's new enhanced quick resume functionality. This feature lets you basically turn any play session into a save state that's preserved even after you turn off the console. The Xbox Series X lets you pause multiple games at once and come back to them at any point without having to load anything. It's kind of like how Netflix and Hulu save your spot when you stop watching.

"The new Quick Resume feature lets you continue multiple games from a suspended state almost instantly, returning you to where you were and what you were doing, without waiting through long loading screens," Microsoft wrote on its blog site.

This is a revolutionary feature because it further reduces one of the main friction points between consumers and gaming: Waiting.

There's an express convenience with Xbox Series X's Quick Resume, one that turns your machine into a veritable command center that gives you more control over the games you play and how quickly you can access and resume play.

This is extremely important for immersion, fun, and most importantly, continued play.

The less loading screens there are, the more opportunities there are to keep playing, and boy does Microsoft love it when you continue playing (they've made a thriving billion-dollar enterprise on constant engagement).

On top of everything else the Xbox Series X offers--the Zen 2 CPU, the 12TFLOP GPU, the custom ultra-fast SSD, and the hugely flexible development environment--the Quick Resume feature is a tremendous addition that will ensure gamers get faster access to their games and continue playing them for longer periods. And maybe, just maybe, developers will find an innovative use for this feature too.