UPDATE: A PAX representative informs us that neither CD Projekt RED nor Bluehole had planned to hold panels or show floor presences. The article has been updated to reflect this. 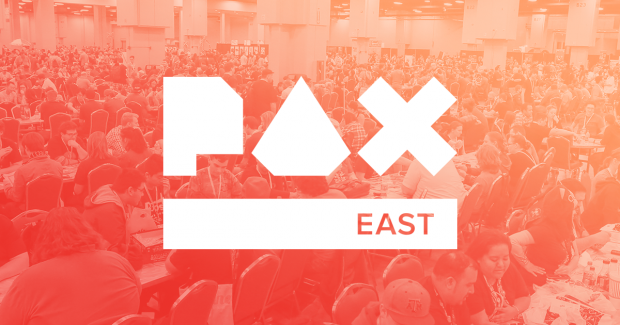 Following the CDC's warning to the American public, more games titans have decided to skip PAX East just days before the event. Capcom and Square Enix are no longer attending or limiting attendance at the show as a health precaution, and CD Projekt RED's and PUBG's teams are no longer coming to the event either.

Each company doesn't want to risk infecting key developers, community managers, and higher-ups that're integral to individual games. It's not necessarily the destination (Boston) that's the worry, but the commute to get there, especially given most of these companies are based in overseas countries.

The following is a list of the current companies that've changed plans for PAX East and/or GDC 2020:

Square Enix's confirmation that only American devs will be at PAX East, and that major Final Fantasy XIV events have been cancelled:

"As the community may be aware, COVID-19 (also known as "novel coronavirus") is spreading within the East Asia region. Taking into consideration the current situation within the region, sadly SQUARE ENIX has decided to cancel the PAX East attendance of staff who would be travelling from the Japan offices. This difficult decision was based on our desire to prevent any potential spread of the virus and to prioritize the health and safety of our team and our fans."

Bluehole's team originally planned to hold an off-show meetup in Boston during PAX, but it's canceled those and its GDC 2020 plans:

"We will be rescheduling this plan for an upcoming event, once the coronavirus is under control and travel returns to normal," the company told GameSpot.

EA's limited attendance at GDC 2020, confirmed via a LinkedIn post from an ad specialist: 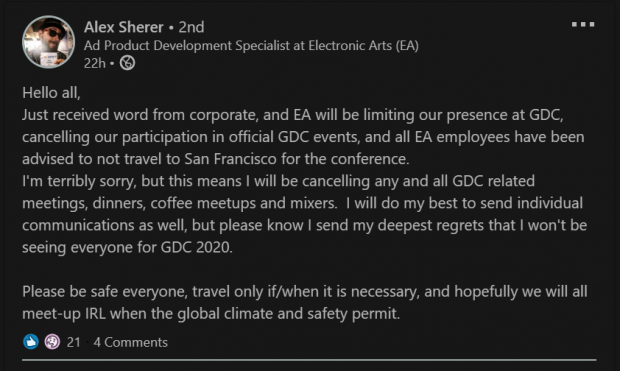