In a new press release, Exyn Technologies has announced its latest military surveillance drone that is designed to save human lives throughout reconnaissance.

Exyn Technologies has introduced us to their new drone called Scoutonomy. Scoutonomy has the capability of navigating within dynamic, complex, and dangerous environments without the assistance of human pre-loaded maps of areas. The new drone uses aerial robot systems to detect the environment it's flying in, adjust its course in real-time, and detect both objects and humans.

According to Nader Elm, CEO of Exyn Technologies, "Our aerial robots provide unique capabilities that the Government is seeking to develop and deploy. They are completely self-sufficient and a significantly valuable asset in providing superior situational awareness. We're most proud of our robots' ability to identify threats, reduce operational risks and save soldiers' and civilian lives in unknown and volatile situations. Now you can send a drone to perform highly sensitive missions that are far too dangerous for human soldiers, and acquire data that is unprecedented in its level of detail, accuracy and timeliness."

The motive behind Scoutonomy is to remove the need for humans entering dangerous and potentially life-threating environments for reconnaissance. Using Scoutonomy, military personnel will be able to map hard to reach terrain, structures, and locations successfully. While also being able to identify enemy locations, positions equipment, and more. All without having to have a human in harm's way. Above, you can find a video of Scoutonomy being tested in a parking garage. 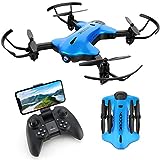