The European Space Agency is launching a new Sun probe that is estimated to relay back to Earth unprecedented information about our star. 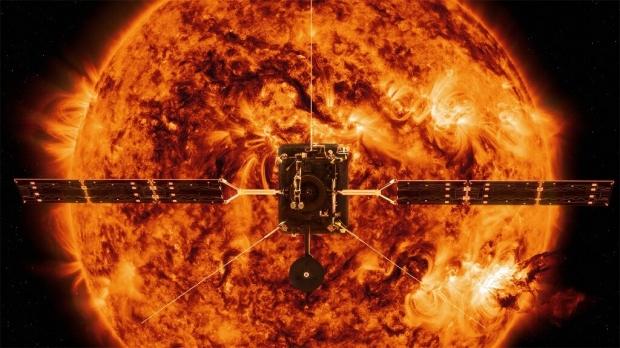 The mission in collaboration with NASA and the European Space Agency was set to launch the Solar Orbiter on February 9th from Florida's Cape Canaveral. The probe is equipped with bleeding edge instruments that will allow researchers and scientists to gain a better understanding of the Sun's polar regions and magnetic environment.

Once the orbiter is launched and it passes Venus and Mercury, it will reach a maximum speed of 150,000 mph before entering the orbit of our Sun. Once it's there, it's titanium heat shield that is designed to withstand temperatures as high as 930 Fahrenheit will protect its vital instruments from particle radiation and any coronal magnetic ejections.

Side note - The image seen above is a illustration from NASA that shows what the orbiter will look like once it's in position around the Sun.