The medical science field is pushing further and further into technology that is going to benefit everyone in the future. New discoveries happen all the time, sometimes they come in the form of vaccines or medical research, but today it's a handheld skin dispenser. Scientists out of the Universidad Carlos III de Madrid (UC3M), Center for Energy, Environmental and Technological Research (CIEMAT) have managed to create a printer that is able to print human skin. The first rendition of this new device was created back in 2017, then in 2018 Canadian scientists built upon the device and created a new device that was able to print sheets of artificial skin directly onto burn victim wounds.

The results, which were recently published in the Biofabrication journal, stated that the bio-printed skin contains healing properties and mesenchymal stromal cells, which assist the body in cellular re-growth of the affected area. The researchers tested this device on pig skin that had severe burns, and the results were very successful. Marc Jeschke, a researcher who worked on the paper, said, "We found the device successfully deposited the 'skin sheets' onto the wounds uniformly, safely and reliably, and the sheets stayed in place with only very minimal movement". 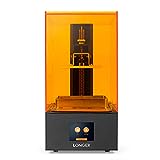