The internet is an amazing place that I started my journey on back in the dial-up days and 14.4Kbps modems, all the way through to fiber connections and 5G -- but there's not much these days that makes me sit back and think "yeah, holy crap"... but today, is one of those days. Check out this video:

This is 'L'Arrivee d'un train en gare de La Ciotat', a 50-second silent short film that debuted in 1896 (that is NOT a typo), and when it was first showed to cinema-goers, rumor has it that many of them thought the train was going to burst through the screen as they had not (ever) seen video before. The low-quality original film can be viewed in a comparison towards the end, while it is shown in the glorious 4K resolution at 60FPS.

YouTuber Denis Shiryaev used publicly available AI-powered enhancement programs DAIN and Gigapixel AI to upscale the 1896 footage to 4K 60FPS. It looks absolutely awesome in comparison, with the 60FPS side of things really helping smooth the entire video out.

Shiryaev explained: "Hi all! This video has recently been getting a lot of attention from the media (something of a shock to me). In some articles they are crediting me for having done something unique, but in my opinion this is unfair. Anyone can repeat this process with algorithms that are currently published on Github; all of them are in the video description. Credit should go to DIAN, Topaz AI, ESRGAN, Waifu2x, DeOldify, Anime 4K and other developers who are part of the worldwide ML-community and contributing to humanity by making these algorithms publicly available". 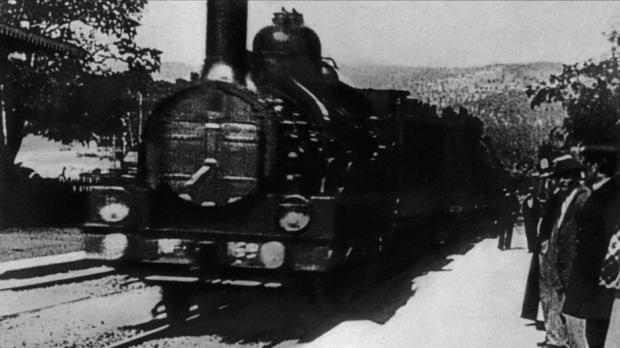