There are countless galaxies out there in the infinite vastness of space, and astronomers are constantly looking for new ones to study. Sometimes the ones they find aren't alive anymore and have perished long ago, being deemed 'inactive'. 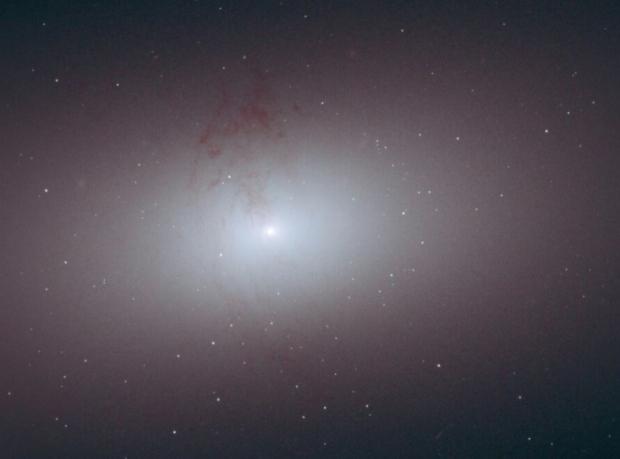 Unfortunately, this was the case for astronomers out of the University of California who described in a new paper published in The Astrophysical Journal, a galaxy called XMM-2599. XMM-2599 is shockingly old and has unfortunately fallen into the "inactive" category, but during its time alive, the galaxy pumped out an astonishing amount of suns. Lead author on the paper, Benjamin Forrest said, "Even before the universe was 2 billion years old, XMM-2599 had already formed a mass of more than 300 billion suns, making it an ultramassive galaxy."

What is even more interesting about XMM-2599 is that most of the suns it made happened in a relatively short amount of time. "More remarkably, we show that XMM-2599 formed most of its stars in a huge frenzy when the universe was less than 1 billion years old, and then became inactive by the time the universe was only 1.8 billion years old" said Forrest. The team of astronomers calculated that during XMM-2599's most active sun producing time, it was pumping out around 1,000 solar masses worth of stars per year.

The above image is what is left XMM-2599 is today, a burnt-out husk of its former sun factory self. How far away is XMM-2599 from Earth? Astronomers estimate its distance to be around 12 billion light-years.

Gillian Wilson, a member of the research team said, "We have caught XMM-2599 in its inactive phase. We do not know what it will turn into by the present day. We know it cannot lose mass. An interesting question is what happens around it. As time goes by, could it gravitationally attract nearby star-forming galaxies and become a bright city of galaxies?"