In its recent quarterly results briefing, Nintendo made one point clear: They're taking the iterative approach with hardware, and will stretch the Switch's longevity across many more years. Essentially the Switch breaks the conventional hardware lifecycle and changes how Nintendo thinks about overall cadence of system releases--the same way the PlayStation 5 and Xbox Series X are extensions of current-gen. 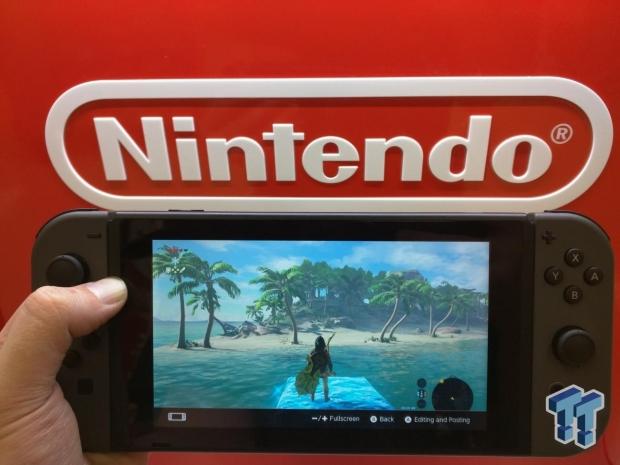 As such, Nintendo isn't ready to replace the existing models. Nintendo currently has no plans to eclipse the Switch or Switch Lite with a souped up 4K-ready Switch Pro in 2020.

"Regarding Nintendo Switch, we believe that it is important to continue to communicate the appeal of both Nintendo Switch systems and expand the installed base. Please note that we have no plans to launch a new Nintendo Switch model during 2020," Nintendo President Shuntaro Furukawa said in the briefing.

This particular tidbit is pretty transformative for Nintendo. Now that handheld and console development teams are unified on a software and hardware level, Nintendo has the foundation to move forward and carry the Switch duo for years to come. 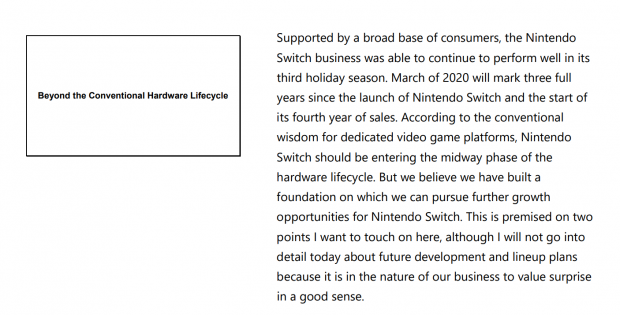 "So far we have not thought about successor models and price cuts," Furukawa said.

Then a few months later in July, Nintendo announced the handheld-only Switch Lite revision for $199.

No one really knows what Nintendo is up to except, well, Nintendo. Analysts predict a Switch Pro is coming in 2020 with 4K support to compete with the PlayStation 5 and Xbox Series X.

But other reports suggest if a new Switch is on the horizon, it won't be very different than current models other than its new customized NVIDIA Xavier SoC.