A slew of new leaks are teasing that AMD's next-gen Zen 3 architecture, Ryzen 4000-series CPUs, and new 600-series chipset are all ramping to launch towards the tail end of 2020. 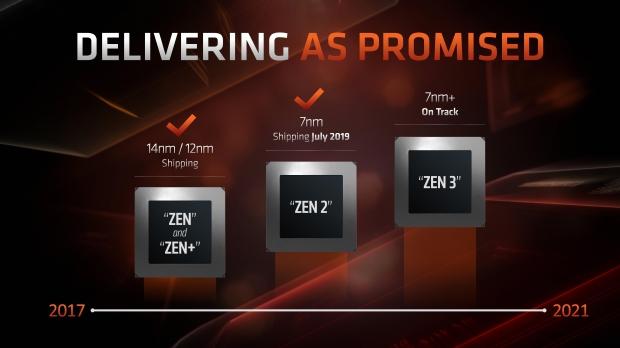 Electronic Times is reporting that AMD's new 600-series chipset will support both USB 3.2 and USB 4.0, with AMD's new chipset designed to support the next-gen Zen 3 architecture and Ryzen 4000 series processors. We should expect large IPC gains with the new Zen 3 processors, which will continue to see AMD excel in the CPU market.

AMD will have a flagship X670 chipset, something that will continue to support he AM4 socket and PCIe 4.0 standard, but we could also see native Thunderbolt 3 support included. Other rumors do state that AMD could shift away from the AM4 socket, but that would be a big shift -- it would end backwards compatibility, but it could introduce new tech like DDR5 and PCIe 5.0 standards going forward.

Zen 3 processors will be tapping the fresh 7nm+ node that will include IPC improvements, CPU architectural improvements, and so much more.